The Strength of Marxism

September 30, 2012
The strength of marxism does not lie in the personal beliefs of Marx and Engels but in the scientific method they theorized and gave to the revolutionary masses as a weapon.  For some reason, the most facile critics of marxism don't seem to recognize that this, more than anything else, why those of us who "should know better" still call ourselves communists despite the fact that, yes, Marx and Engels might have been wont to make problematic statements about the world outside of Europe.  For those points of possible chauvinism can also be critiqued––and have been critiqued––by the very method Marx and Engels initiated.  Thus, as I have argued elsewhere, when we speak of marxism we also mean something that is open to the future that extends beyond Marx and each successive moment of important theoretical crystallization.  Indeed, this is part of what makes historical materialism a science: no science is closed to the future and, once it is treated as such, vanishes into the realm of dogma. 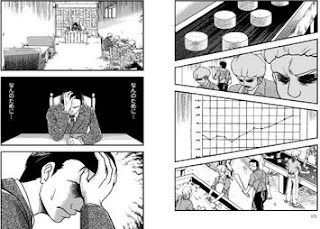 Moreover, those who would argue that marxism is antiquated because it fails to account for world history, that it necessarily excludes peoples outside of Europe (as Marx and Engels themselves seemed to do at points), cannot themselves explain why the most revolutionary movements in the past and present have placed themselves squarely in the communist tradition.  You don't see peasant revolutionaries in places such as India picking up post-colonial literature as the theoretical foundation for their struggles.  Such theory, alienated as it is from concrete struggle, provides nothing for revolutionary praxis, but the tradition of marxism, despite its problems, remains the weapon of the oppressed masses.  Nor does it help when these critics attempt to argue that this marxism is applied from above, that the subaltern in these movements are being duped by clever marxist intellectuals, when these critics are themselves the very clever intellectuals, mainly without any connection to the subaltern they like to write about.  Yes I know I am generalizing… And though I do believe that post-colonial theory has produced important and useful insights, I still think this general point needs to be made.

On the other hand, however, perhaps in response to these criticisms levelled at marxism, more than a few marxist academics have attempted to defend marxism by fleeing into dogmatism and searching down obscure and contradictory points in the collected works of Marx and Engels that will vindicate the saints of historical materialism from the charge of chauvinism.  Kevin B. Anderson's Marx at the Margins is a recent example of an attempt to historically exonerate Marx from the charge of eurocentrism: Anderson argues that Marx's views about regions such as India changed over time, that they were not purely "eurocentric", and that critics tend to focus on his earlier and cruder views rather than his more sophisticated and non-eurocentric views.  While I think it is worthwhile to take Anderson's argument seriously, and agree that he has a point about the transformation of some of Marx's views, I also feel that these kinds of books are wrong-headed because they often fail to thoroughly demonstrate what they have set out to prove.  Furthermore, they are besides the point.

For one thing, Marx's "more sophisticated" arguments uncovered by Anderson are still eurocentric in that many of them are about the "Asiatic Mode of Production", a concept that every significant revolutionary theorist and historian in the third world has rejected as eurocentric.  In the case of India, for example, Marx's later "non-eurocentric" analysis might be acceptable to revisionist "communist" organizations like the CPI(Marxist), currently an upper-caste party that collaborates with neo-colonialism and actively supports the state repression of the Indian Peoples War, it is not acceptable to the theorists of the organically produced revolutionary communist movement that has an entirely different historical materialist analysis of India and class struggle.  And despite all this, these revolutionary movements still declare themselves in the tradition of Marx; they don't need someone to try and exonerate Marx and Engels from whatever chauvinist ideas they might or might not have possessed.  This is because, as aforementioned, for these movements the strength of marxism is not traceable to the personal beliefs and misunderstandings of the science's progenitors.

Again, none of this is to say that these close readings of Marx are entirely worthless, or that they do not possibly disprove some of the infantile charges about Marx's unsophisticated views regarding the world outside of Europe, but they should never be treated as if they have exonerated marxism by exonerating Marx.  Marxism has already been exonerated by revolutionary struggle––it is still being exonerated by revolutionary struggle––and we don't need to reconstruct Marx or Engels as angels existing outside of history in order to make this point.  In fact, we can even use the historical materialist method to critique Marx and Engels, to demonstrate the reasons for their short-comings, and we should not be afraid of doing so.

Personally I don't really give a shit whether Marx and Engels were affected by eurocentric notions about the world beyond Europe––indeed, I'm quite willing to argue that this was the case because, as even Marx argues, social being tends to determine social consciousness. My interest in marxism is the method of revolutionary science, the core axioms that make this science a weapon, and the way it has unfolded through world revolutions.  If it hadn't been open the future, if it was not marked by these great moments of rupture and continuity, then it would be worthless regardless of its progenitors' eurocentrism or lack of… Indeed, Marx could have been the perfect anti-racist who knew all of the complex details outside of Europe and was not at all affected by eurocentric historiographies (seems kind of impossible considering the state of Europe and communications technology at the time, but let's just assume), but if he did not initiate the science of revolution then he would have been little more than a humane and thoughtful thinker.