Aside from being a feisty blogger I am also a published author. There was a time when I was an unpublished struggling academic, and now I'm a published academic but, despite that, still struggling. So if you like this blog please consider supporting me by purchasing my more polished work. Although my blogging has become less frequent since I started writing books and getting them published, it was the five years of practice that led to the following publications. Indeed, the first of these was the book length expansion of a small position paper I put out on this blog in 2012. Many of my other posts served as the ingredients for my other books, so if you liked those posts chances are you'll love these books. 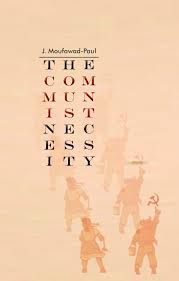 The Communist Necessity (Montreal: Kersplebedeb, 2014) is a short pocket-sized treatise on movementism and the necessity of a "new return" to the communist sequence. A book-sized expansion of the essay by the same name written for this blog, this book is the polemical "prolegomena" to my larger and slightly more rigorous second book… 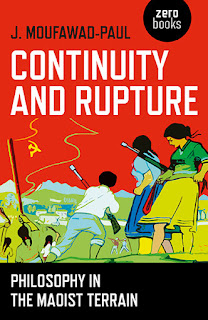 Continuity and Rupture (Winchester: Zero Books, 2016) is a philosophical interrogation of the meaning of Marxism-Leninism-Maoism, beginning with the claim that Maoism, as a coherent theoretical terrain, did not emerge until after 1988. 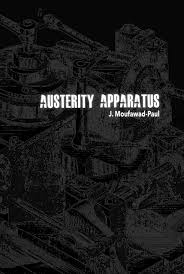 Austerity Apparatus (Montreal: Kersplebedeb, 2017) is a series of connected theses on the problematic of austerity, an interrogation of its ideology and the subject positions it produces. 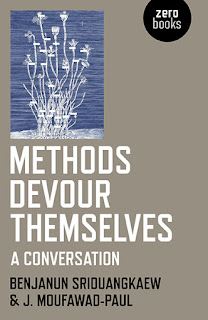 Methods Devour Themselves (Winchester: Zero Books, 2018), cowritten with Benjanun Sriduangkaew, is a dialogue between story and essay, between speculative fiction and radical philosophy. A liminal literary intervention in the current conjuncture. 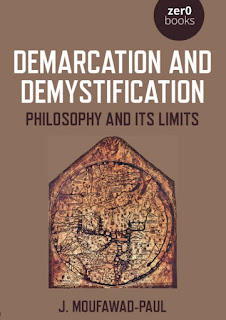 Demarcation and Demystification (Winchester: Zero Books, 2019) is an examination of the meaning and practice of the philosophy of Marxism.