May 27, 2013
There was a time when the charge of eclecticism was considered an insult.  A theoretical approach that drew haphazardly from multiple frameworks, picking and choosing the concepts that seemed the most exciting, and yet failed to express a clear and thorough analysis was treated as inconsistent and muddled.  When the marxists of yesteryear branded a theoretical framework eclectic they were claiming that it was spurious at best, revisionist at worst, and ultimately unscientific.  Eclecticism could not produce a concrete analysis of a concrete situation because it generally veered into a confused realm of speculation; eclectic theorists were more interested in theory-as-theory rather than a theory that possessed explanatory depth, let alone a theory capable of communicating the necessity of revolution. 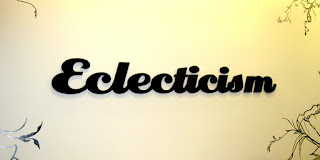 Now, decades after capitalism proclaimed itself triumphant, theoretical eclecticism has become somewhat normative.  If the charge of eclecticism is even remembered as a charge, it is treated as an out-of-date insult; so many social theorists pride themselves in their ability to juggle conceptual methodologies, play with (or even invent) jargon, and fetishize theory at the level of appearance.  Hence the emergence of theory that is interesting only as theory, notable for its uselessness in the realm of social praxis: theory so in love with itself that it descends into the abyss of obscurantism; theory so obsessed with being theory that its creators treat every theoretical framework––even if they are contradictory––as a smorgasbord from which to sample concepts.

And yet to complain about this theory's lack of social utility becomes its own problem.  As innumerable chic theorists like to remind us, to speak of a theory's usefulness is to fall prey to instrumental logic which, apparently, is precisely the "hegemonic" way of thinking that we need to avoid.  For the utilitarians also spoke of what was and was not useful; we all know that their instrumentalization of rationality was essential to capitalist liberal ideology.  Hence, to even demand that a theory demonstrate its revolutionary usefulness is a demand that is in bad taste: only the oppressor, we are told, thinks within these boundaries.

While an analysis of instrumental rationality is important (and I am tempted to say useful), to equivocate the demand for radical theory to demonstrate its revolutionary usefulness with the capitalist notion of what is (and what is not) useful is a rather pitiful defense.  There was a time, after all, where radical theorists were required to explain how and why their theory served the oppressed––how and why it could be put to use in concrete instances of class struggle.  Theory emerges from concrete social situations––it is not a priori, it is not given to us by heaven––and if its conceptualization of a given social situation is to mean anything other than abstract theorization then it should be operationalized.

Theory that is eclectic, however, can never be fully operationalized; it cannot be placed in service to any concrete social movement as long as it remains eclectic.  Existing only at the level of theory, which is a level of abstraction, it barely communicates with the level of practice… And if anyone wonders why social theory should resonate with social practice then we only have to point to the qualifier social which should imply real people living in the real world.  We should demand a theory that demystifies and explains the social rather than a theory that renders the concrete abstract, or a theory that attempts to demystify by randomly picking and choosing from a variety of other theories like a four year-old building a lego monstrosity from various and different lego sets––it's endearing but it's also a jumble.

Theoretical eclecticism, however, is not mutually exclusive with theoretical opaqueness.  Indeed, there are examples of the latter that are not instances of the former.  Derrida, for example, is often accused of being theoretically opaque but I would argue that there is a methodological consistency in his opaqueness: even if he was, as Foucault once argued, an obscurantisme terroriste (i.e. he "terrorized" people with his obscurantisms so as to prevent them from understanding the poverty of his thought), at least he was theoretically consistent.  And while it is true that so many academics are producing theoretical work that is eclectic and opaque––by borrowing concepts from Derrida, Marx, Butler, Gramsci, Spivak, etc. and mixing them together in the most hodge-podge and toothless manner just for the hell of it––there is also the theoretical eclecticism that attempts to be readable but that is still, regardless of its ability to be understood, thoroughly eclectic.  Most importantly, this type of eclecticism attempts to hide its eclecticism by: a) refusing to recognize that eclecticism is a problem to begin with; b) by confusing the categories of eclecticism and creativity.

Marxist eclecticism is on the rise although it does not recognize itself as such.  Various marxist theorists and organizations are producing theories that, regardless of their readability, are stunning examples of a mix-and-match approach to social theory.  Concepts and ideas are yanked from disparate contexts and, without any apparent social investigation, grafted together in order to masquerade as a concrete analysis of a concrete situation when they are anything but.  Imagine someone who decides to be a chef because s/he loves food and who wants to make a unique dish particular to hir concrete circumstances.  Now imagine that this would-be chef, instead of studying the basis of hir favourite recipes and what made them work as particular recipes, decides to take various ingredients from hir favourite recipes and just throw them together randomly because s/he liked how they tasted in those different and particular instances.  The result of this fusion will indeed be unique, but it probably won't be anything that anyone would want to actually eat.

This mix-and-match approach to theory appears creative, because the result resembles an innovation, but it is only the illusion of creativity.  One is not creative simply by randomly reassembling disparate elements of other and various creative theories and then branding this assemblage with a new name.  Just because you like certain concepts from various contexts does not mean you have synthesized them in a way that is applicable to your specific context; clever borrowing is not necessarily creative––plagiarists are also clever.  While it is true that there are many concepts that possess a universal dimension, this dimension is undermined by a simplistic application in an eclectic framework; and it is rather uncreative, even though it might seem otherwise, to just throw a bunch of concepts together and hope they produce something unique.  Creativity demands a certain amount of rigor and eclecticists are anything but rigorous: rigor is difficult, throwing a bunch of random ingredients together is the antithesis of rigor… this is why I generally feel that marxist intellectuals such as Slavoj Zizek are often guilty of eclecticism––their theory has elements that are quite radical, and there are points that are agreeable, but on the whole they provide nothing useful for actually existing class struggle.

None of this is to say that creative articulations and applications of marxism––that is, concrete applications of the universal to concrete particular circumstances––are not required.  The inverse of eclecticism is dogmatism; the latter might be a larger problem than the former.  Mao, after all, warned us of book worship and the need to avoid stereotypical theory.  At the same time, however, Mao also argued that marxism could only be creatively applied by a rigorous particularization of the universal.  One does not combat dogmatism by eclectic theoretical iterations; rigorous creativity requires a thorough assessment of one's social context and a theory that is synthesized and placed in service of this context.