December 31, 2012
Now that 2012 is almost over, it is once again time to provide an MLM Mayhem year in review.  This year was rather eventful for this blog in that it witnessed yet another surge in traffic while my own life culminated in its own spike in busyness in that I became, just over three months ago, a father.  And just like last year, I figure that it would be best to sum up this blogging year with a list of my most popular posts. 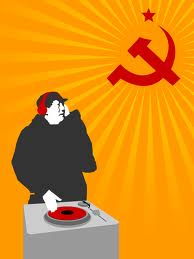 #10: On Protracted People's War as a Universal Development of Revolutionary Theory

Since the theory of PPW as a universal revolutionary strategy is still controversial in some marxist quarters, in this post I tried to sum up the general reasons why some of us argue for people's war instead of insurrection.  Some people found the idea intriguing, others dismissed it as "straw-personing" the theory of insurrection––the latter, of course, failing to explain this supposed "straw-personing" which is typical of people who do not like their pet theories critiqued and tend to dismiss critique by randomly citing fallacies.  In any case, the post was popular enough to become one of my most read articles of the year.  The fact that it was only a general description, just the broad brush-strokes of why PPW should be considered more philosophically salient than the theory of insurrection, means that this is an issue worth returning to in the future––hopefully after a certain book is published so I can benefit from reading the arguments there rather than embarking on my own errant speculations.

With the term "proletarian feminism"––popularized in radical sectors by Anuradha Gandhy––is becoming more popular, it is not surprising that my post concerning this theory was popular.  Like most of my posts about large and developing theoretical terrains, however, this entry was merely a philosophical investigation of the boundaries of what constitutes a "proletarian feminism" and its necessity for communists.  Indeed, seeing as I was trained a philosopher, this is generally how I engage with conceptual constellations… Well, when I'm not ranting, that is.

This complaint post was popular for some reason––I blame this on the fact that complaints and mockery are often quite popular.  Do people like to read my whining about some ignoramus' inability to understand theory and history?  Apparently they do.  Especially when such whining expresses the general annoyance some of us feel when people set themselves up as experts of a specific type of marxism and then, in their manic race to mock said marxism, spend all their time complaining about a theoretical form that exists only in their imagination.  More annoying, of course, is the fact that a platform that used the term "insurgent" was publishing an article that mocked the only marxist tradition that still produces vital and armed insurgencies the world over.  At the very least, this complaint post inspired a more substantial and more popular post that will be discussed somewhere below.


#7: Breivik is Not "Insane" but a Logical Product of Racist Social Relations

I'm not precisely sure why my piece about the problematic discourse surrounding Anders Behring Breivik was my seventh most popular post this year considering that the Breivik shootings, due to the very discourse I was critiquing, have been swept under the liberal rug as an "exception" to capitalist civilization's rule of law… I'm being rhetorical.


#6: All I Needed to Know About Communism I Learned from Cold-war Propaganda

In which I spent a very long time mocking a virulent anti-communist comic approved by J. Edgar himself.  Really, I don't know why I spent hours reading and then mocking this piece of garbage considering that even if I was a reactionary I would probably find it to be the most boring comic ever written––hell, I'd rather watch the original Red Dawn ten times in a row!––with such brilliant anti-communist "facts" like Marx was literally a student of Hegel, during World War 2 the Nazis freed Poland from communist oppression, and the Tsarist regime in Russia was a democracy.  I do it for you, dear readers, all for you.


#5: More on the Problem of "Postmodernism"…

Where I try to give a very quick summary of the necessary historical materialist context in which postmodern theory (including post-structuralism and post-colonialism) should be critiqued.  The popularity of this post, compared to the one where I defend postmodern philosophy from spurious and often ignorant marxist attacks, is maybe a sign of the times.  Maybe we really are ready to get beyond the problematic of postmodernism and return to a robust marxism… Or maybe it's just popular due to my readers and that I'm preaching to the choir.

This post was so popular that it inspired the most confused string of comments dominated by at least one pompous wind-bag who, on the following post, I was forced to treat as a troll.  What surprised me the most about this post was that some marxists were offended by something I felt that anyone who had been involved as an activist in the student movement for the past decade would simply shrug off as a commonly known fact: the Canadian Federation of Students is not a progressive body involved in anything radical let alone revolutionary and that we're better off ignoring them if we want to build a revolutionary student movement––and all of the student activists who have done anything significant since I've been a student have indeed ignored the CFS.  Unfortunately, there was an Anonymous poster who thought that it was vile left opportunism to critique the CFS.  More unfortunately, the fact that there was more ire over my critique of student movement politics than any of my critiques of the limits of trade unionism––or the critique of any of the "traditionally revolutionary" spaces and practices in this country––is somewhat telling.  In any case, being called an "ultra-leftist" by a rank opportunist is like being called a left-wing extremist by Glenn Beck: it's a compliment.

Inspired by my eighth most popular post [noted above], the fact that this twenty-five page downloadable PDF was well-received is something of a surprise.  I did not suspect that my readership would waste time reading a twenty-five page polemic, but then again if you told me a year ago that I would write this twenty-five page polemic and post it on my blog I would call you a liar.  This is what comes of having all this extra time at home (where I am house-bound because of child care but have hours to just be on the computer rather than more productive hours doing organizing or even socializing) with the surliness that comes from lack of sleep.  Twenty-five pages of surliness.  Unfortunately my less surly PDF post, the Communist Necessity, wasn't even close to as popular even though I think it might have been a better piece. [Yes I am plugging it again, go read it now and make it as popular as this polemic.]  I guess the drama of a polemical confrontation between Maoism and Trotskyism will always steal the show.

The popularity of this post, which was a critique of the liberal concept of "free speech", was due primarily (an emphasis on primarily) to /r/communism.  At the time that it exploded into popular status, /r/communism had it linked to their information side-bar and now it is linked to their "rules and guidelines".  Apparently it made some of the liberals leftists of /r/socialism––who, like any good liberal "anti-authoritarian", cannot shut-up about "totalitarianism––upset at the time.  Thank-you /r/communism!


#1: The Hotness of Young Stalin

Of course.  So many posts take me hours to write and the one that is the most popular is the trite ramble about Koba that only took me half-an-hour if that.  This post was so popular that there appears to be even some New Age commenter talking about walk-in spirits in the comment string (seriously, scroll down and check it out), a rather unexpected intervention to be sure.  So maybe next year I should have at least one post on the attractiveness of a famous communist's younger self?  The only problem with this strategy is no one is as hot as young Stalin.  No one.  I mean, even if you fall into that marxist camp that reviles Stalin (for all the usual reasons I had to hear about over and over when I posted this even though it had nothing to do with anything except for Stalin's hotness and I wasn't making any point except that young Stalin was hot) you cannot deny that your communist idol's younger version isn't as hot and hip!  (Apologies to faithful readers who think that older Bear Stalin is hotter than young Stalin and that I am a revisionist for suggesting otherwise.)

So that is the year in review, the top ten posts that you have enjoyed, and I thank everyone for reading and participating in comments.  Special thanks to the people who donated money to MLM Mayhem––I used most of the money-to-date to pay bills, the rest to buy something for my daughter.  Keep reading, keep participating, keep practicing communism in your daily life.