What We Should Remember Today

November 11, 2012
Since today, in Canada, it is Remembrance Day I figured it might be worthwhile remembering, as revolutionary communists, the social context and historical meaning of this day.  Readers from outside of Canada might not be aware that November 11th is a day where the "sacrifices" of soldiers to Canada's existence as Canada are expected to be recognized––this is a day to celebrate and mourn war veterans with an entire minute of silence, poppy pins, and other such conventions.  Readers from inside Canada might not be aware that there is a vital communist tradition of remembering that might rub against the grain of this supposedly sombre day.  So, with all of this in mind, let's begin the remembering. 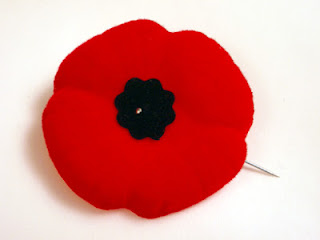 Today, on November 11th, we remember that Remembrance Day and the convention of wearing a poppy pin was instituted just after World War One and our involvement in this war as part of the British [colonial] commonwealth.  It was not initiated after World War Two and is not primarily, as some celebrants would like to tell us, about some common front against fascism.  Rather, it was created to uphold Canada's involvement in the first World War, which was little more than an inter-imperialist rivalry that all revolutionary communists worth the name communist derided as a war against the working class.  Lenin, Luxemburg, Connolly and other significant communists walked out of the Second International because people like Karl Kautsky––who should have known better––endorsed this bullshit war.  Proletarian draftees tried to call out to their comrades in other trenches to unite against their running dog captains and were charged for sedition.  Other draftees attempted to self-mutilate so they wouldn't have to participate in a stupid war that was nothing more than a redrawing of imperialist boundaries in Europe and, when they were caught, were thrown up between the trenches so that they would die.

We also remember that, while this day was initially about World War One, it soon came to represent all wars in which Canada participated.  And we remember that if it had anything to do with World War Two this had nothing to do with some real rejection of fascism but simply the fact that Canada fought alongside Britain because the fascists didn't do what the other capitalists hoped they would and focus only on stamping out communism.  We remember that Canada, tailing Britain, ignored the fascist threat for as long as possible.  We remember that fascism was fought primarily by communist partisans in war theatres the imperialist powers originally wanted to ignore.  We remember that it was these partisans and the Soviet Union and even China––not our troops––who were primarily responsible for defeating fascism.  The names and sacrifices of these actual anti-fascists aren't being celebrated on any Canadian monuments; this state thinks of many of them as "our enemies".

And so we remember partisans such as Norman Bethune who joined the Peoples Liberation Army in China to fight for a better world, against fascism and its parental capitalism, the kind of people who will never be recognized in the Remembrance Day minute of silence.  We remember anonymous anti-fascist brigades, all of those names swallowed by time, and communists who joined the army in World War Two not because they liked the Canadian state (indeed they wanted Canada to fall) but because they wanted to defeat fascism.  These are our heroes, not yours, and we'll celebrate them in our minutes of silence after a revolution.

Today we will remember that this day keeps accumulating imperialist wars as part of its remembrance and attempts to homogenize all of these wars under the same nationalist aegis.  If the first and second World Wars shouldn't be compared, it is even more heinous to compare the Boer War, the Korean War, the wars in Iraq, the occupation of Afghanistan, the intervention in Haiti, the strikes on Libya, and all of our bullshit imperialist "peace-keeping" to some sort of tragic veteran sacrifice.  In this context, we communists will remember that those who died in the service of imperialism died like the running dogs they unfortunately were and they are not worth remembering in our minutes of silence.

Against this day's agenda, we will remember all of the people who died in revolutions, people's wars and insurgencies fighting against the kind of soldiers that today are being celebrated and mourned.  These martyrs are our troops who actually were fighting to make the world a better place, much to the horror of the imperialist camp in which Canada belongs.  In this context we will not mourn those who died as imperialist lackeys but their victims who belong to our country since our country is ultimately not a geographical region but the political landscape of proletarian unity.

So we will also remember all the victims of imperialist war, that terrible weight of dead generations that has been made invisible by today's focus on remembering the military and this military's "sacrifices" in the service of capital.  Homes bombed, children napalmed, civilians machine-gunned, prisoners tortured, women raped and killed––all of those anonymous graves that only exist because of imperialist interventions and the fact that global capitalism requires a permanent state of war.  If there is anything worth remembering in that silly moment of silence where we are expected to contemplate the "heroism" of the military, then it is the deaths of those who did not "make sacrifices" but instead were sacrificed on the altar of imperialism.

Hence we should remember, too, that the Canadian state whose military we are expected to celebrate and mourn on this supposedly somber day is a state that was born through genocide and colonial expropriation.  So we will remember Canada's original victims and recognize that the existence of Canada has always meant oppression and exploitation, and so it is senseless to speak of sacrifices its soldiers made for freedom when it has only ever pursued the freedom of colonial-capitalism.

Therefore, we should remember that this day can never be a day celebrated by communists because our remembrance days can only happen after revolutions when the proletarian class is in command.  In this context we cannot pretend that lest we forget is a phrase that applies to our martyrs, our sacrifices, our veterans, our politics.  For we must remember that we cannot endorse minutes of silence when the whole world is screaming for socialism.