November 23, 2012
The Communist (Maoist) Party of Afghanistan [CmPA] has begun its response to that pompous 58 page critique the Revolutionary Communist Party USA [RCP-USA] which was sent to the Afghanis and those international revolutionary parties and organizations who have been trying to restart the Revolutionary Internationalist Movement [RIM].  In the process of this restarting, the CmPA and other organizations have launched significant theoretical attacks against the RCP-USA's "Avakianite" revisionism (a term that is indeed used by the CmPA in its current response) and thus the RCP-USA, eager to defend its dogmatic obsession with a theoretical deviation that is neither "new" or a very significant "synthesis", wrote over 50 pages attacking the international maoist movement. 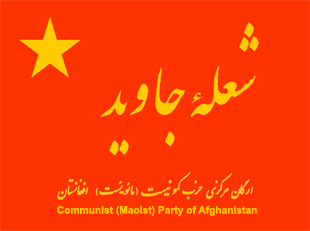 Although I am generally of the mind that people should just ignore the RCP-USA now since, whatever its past significance, it is now a dwindling and cultish organization filled with dogmatists who, incapable of critical thought, are similar in form to the Spartacist League.  At the same time, however, because of its past in the RIM and connection to other organizations––because its "new synthesis" is now wreaking havoc in organizations like the Communist Party of Iran (Marxist-Leninist-Maoist)––it is worth confronting.  Better yet, the CmPA's response to the RCP-USA is similar to those polemical exchanges Marx and Engels would have had, for example, with Proudhon and Duhring; now we do not read The Poverty of Philosophy or Anti-Duhring primarily because they are responses to Proudhon and Duhring––we read them because of the theoretical content they exposit in the process of their response.

Indeed, there is a lot of important theoretical content in the first chapter of the CmPA's response to the RCP-USA that it is worth reading for its own sake.  (And yes, this giant document is only the first chapter of a serialized response.)  Due to this importance, and because the formatting on the CmPA's home-page is rather messy, I'm providing a link to a clean pdf copy where the formatting is fixed up for english readers:

Download PDF of "A Response to the RCP-USA" by the Communist (Maoist) Party of Afghanistan.

What I find most interesting in this part of the CmPA's response to the RCP-USA is that it spends a lot of time examining the dialectical tension of "continuity-rupture" which I have often discussed on this blog and elsewhere.  They also outline what they mean by "post-MLM" and why their claim that "post-MLM" is revisionism is not due to unimaginative dogmatism but to their belief that people who ascribe to this post-MLM theory (paradigmatically, for the document, the RCP-USA, but they feel it also applies to a general revisionist tendency) are engaged in rupturing from Marxism as a whole by refusing to recognize any historical continuity.  Thus, whereas the RCP-USA had sophistically accused the CmPA of ignoring the dialectical unity of "continuity-rupture", the CmPA responds by outlining what this dialectical unity is (even giving a brief explanation of dialectics) and demonstrating that the RCP-USA's argument is dishonest and rhetorical because the RCP-USA, in the very act of flaunting this concept to attack their theoretical enemies, are actually not recognizing this dialectical unity.

I look forward to the next chapters and hope that, when the document is finished, the CmPA will consider collecting the entire document into a single booklet.