Cultural Exploitation Instead of Cultural Appropriation

September 23, 2016
Lionel Shriver's recent complaint about charges of "cultural appropriation" has caused me to think again about the uses and abuses of the term. For those unfamiliar with Shriver's speech regarding cultural appropriation it goes something like this: at the Brisbane Writer's Festival the author of We Need To Talk About Kevin and The Mandibles delivered a speech about "fiction and identity politics" that was about the right of authors to write and represent any culture they desired and that all charges of racism or cultural appropriation were attacks on a writer's essential right to free expression. Since the speech was driven by her anger at a particular criticism made of The Mandibles, it was in many ways a knee-jerk "how dare you tell me what I can write about" screed. In the context of recent debates in literary forums about the ethics of representation that have raised a number of important concerns (i.e. when and how is it justified for an author to represent experiences of subaltern groups of which they are not a part, how can someone from a privileged position represent positions that are not privileged without being chauvinist, why is the subaltern barred from representing itself in the first place, etc.) the speech was entirely dismissive. Indeed, as the critic (Ken Kalfus) who motivated Shriver's speech would write later, the problem was not simply about the charge of "cultural appropriation allegedly punish[ing] white writers from writing about people of color or other people not like themselves," but about "the offensiveness of her racial characterizations." And the problem with Shriver's rant about her right to culturally appropriate was not about cultural appropriation per se but that her approach was similar to "people who make deliberate, categorically insulting remarks about women and minorities [and then] claim persecution by the political-correctness police." 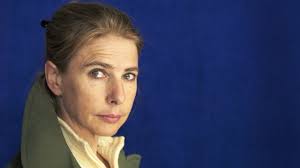 After reading Shriver's rant and Kalfus' response I was reminded of a conversation I had with a comrade years ago about the lack of precision of the term "cultural appropriation." The problem was not that charges of "cultural appropriation" were always unwarranted but that when they were warranted they were expressing something more than "appropriation" which, by itself, is a rather bland assertion. The worry was that the category of "cultural appropriation" was too broad to communicate what it was sometimes meant to communicate and that, because of this broadness, it could lend itself to numerous red herrings where a justified critique that used this term could be dismissed by making the argument about the necessity of sharing and engaging with other cultures. Since, as a philosopher I'm always concerned with the precision of conceptual categories I do think it's worthwhile to make our concepts precise. The point, here, is that the salient criticisms of "cultural appropriation" cannot and should not be dismissed as some vain and atomistic complaint about insider-outsider status where people should only stick to the cultures they know and understand (which is how Shriver and others like to present it), but that when they're honestly being made in the hope of a productive conversation they have to do with something more specific, namely the ways in which a given cultural/identity experience is crudely expropriated and alienated from those to whom it belongs without any accuracy or care about the experience itself––an appropriation that fits the author's view of the world, hammered into their categories of thought, undermining the experience of the people from whom it has been abstracted. That is, as I recently tweeted in response to the Kalfus article, we're not talking about cultural appropriation per se but in fact cultural exploitation.

The reason why I think it is important to use cultural exploitation instead of cultural appropriation, due to my concerns as a philosopher who cares about conceptual precision, is because the latter term does not communicate what is at stake and thus lends itself to dismissal. The best way to think about this is by examining the distinction Marx has made between common property and private property. Property is that which is appropriated from nature and thus, in itself, is not a bad thing because, until the emergence of capitalism, it was held in common: the agrarian revolution, households making their own clothing, etc.––these were appropriating nature in order to produce things that possessed use-value. Private property is something different: it is when the appropriation of nature is alienated from the people appropriating it, expropriated from them by a class that stands over them, and thus taken from them––privated, turned into exchange-value, through exploitation. Thus, the clearest complaints about "cultural appropriation" are in fact about "cultural exploitation" because they are concerned about the ways in which a cultural experience has been seized, in a predatory and parasitical manner, and distorted by people who are entirely disinterested in life experience of those who they've exploited. Just like the boss of a factory doesn't give a shit about the day-to-day life of their workers.

The distinction between cultural appropriation and cultural exploitation is important because the latter is simply a fact of culture. Cultures develop through intermingling and sharing; there is not a single culture that exists without having appropriated from other cultures; we are not completely atomized, all of our ideas are the result of cross-cultural pollination. Even the subaltern cultures that are being raided and exploited by the Shrivers of the world have developed according to processes of appropriation. Hence the progressive worry about the category that tries to think around the ways in which this appropriation is either predatory or non-predatory. Indeed, the category of "cultural appropriation" has become a useless exercise of guilt for privileged people groups: complain about the ways in which culture is appropriated but don't care about the state of affairs that allows the most predatory appropriation to persist. Or as Helen Razer wrote in the context of Lena Dunham's recent racist behaviour: "Did she, now 30, not do even a little post-colonial reading at Oberlin College, a university so expensively sensitive to 'cultural appropriation', its (chiefly white) students sought a ban on 'inauthentic' tacos?"  But if the problem is so vaguely defined––cultural appropriation in the broadest possible sense (tacos)––then in fact Lena Dunham's shitty politics are the result of an equal vagueness. As long as we don't "appropriate" culture we can rest on the laurels of whiteness.

Amongst the revanchist left cultural appropriation becomes a moralistic taboo to the point of undermining subaltern contributions to left discourse. For example, when a predominantly white group of people declare Maoism "cultural appropriation"––despite the fact that Maoism was wagered as a universal political tendency––signals a complete disintegration of the concept. It turns upon itself, becoming utterly racist in its assumption that only white Marxist tendencies speak with universality. All that is outside of the dominant Eurocentric narrative is treated as cultural appropriation even when these other narratives demanded universal appropriation. Well fuck what they demanded, relegate them to the theoretical ghetto!

Hence the necessity of using cultural exploitation instead of cultural appropriation: the former explains what is at stake. Shriver not only complained about the charge of "cultural appropriation", she went further to mock the left for daring to critique her chauvinism and celebrated liberals who defended the right of neo-Nazis to hold marches. Such a complaint is telling in that it demonstrates her understanding of the left: the historical left has in fact attacked fascists; it's the liberals, reviled by the left, who have defended said Nazis. Worried about censure, Shriver places herself within the liberal marketplace of ideas (not honestly, though, because she complains about criticism and conflates it with censorship)… But this liberal marketplace is what the actual left has always called into question, has always revealed as predatory. The old rallying call of the left was that the exploiter would be expropriated: cultural exploitation and not appropriation is thus the problem; the Shrivers of the world should be targeted and expropriated.