March 19, 2015
Now that my unit has egregiously ratified a shite contract and left us in a position, come next Monday, of either crossing the picket lines of our own union or getting fired, I feel it's time to reflect yet again on the phenomenon of "paper marxists."  By this I mean those marxist academics whose entire career is built on papers and books about marxist theory but who, in practice, are often the most rank opportunists.  And since it is ultimately practice that matters for marxism, and not just a fucking career built out of published papers and books, paper marxists are about as marxist as carob is chocolate.  Except that I like carob and I don't like these pseudo-marxists.

Okay, maybe it's not entirely accurate to use the term "pseudo-marxist" here.  After all, I don't want to be accused of engaging in the "no true scotsman" fallacy (but screw all these random fallacies that are supposedly laws of proper thought!), so let me rephrase: these paper marxists are the kind of marxists that would make Eduard Bernstein and the renegade Kautsky proud.  Indeed, some of the arguments they make are similar, or at least the practices in which they engage, are similar to those made by the leading lights of the Second International: collaboration with the ruling class, social peace with capital, neo-reformism. 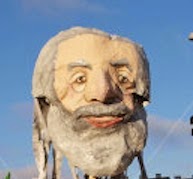 I have to say that I was somewhat shocked when a self-proclaimed marxist in my department chose to give the finger to the union as a whole and openly defend ratification.  He even justified his decision on a microphone at a mass meeting where the membership was attacking the backwards leadership, defending said leadership's collaboration with the employer!  Worse, he accused the membership as a whole of being "fascist" for openly attacking the executive… What a wonderful marxist analysis of fascism: fascism is anything that is not liberalism!  While a proper marxist analysis would be to question the economist limits of trade unionism, to point out the contradictions of a union that is also an academic union, and to maybe explore the gap between trade union and revolutionary consciousness, these paper marxists can't even figure out what the lowest commitment to trade union consciousness means.  If they can't do that, then they have fallen far, far below the standard of revolutionary consciousness; whatever they have to say about marxism and revolution should be dismissed out of hand.

Obviously it's not a revolutionary situation on the picket lines, despite what some academic anarchists might think.  When you get some rank-and-filers complaining about the political content of our propaganda then you know you're dealing with a context that is definitely not determined by the hard core of the proletariat (not that you needed this as evidence in the first place).  Which is why those so-called "marxists" who think that this kind of labour disruption is "going too far" are so far beneath the bar of anything that counts as revolutionary.  If you think this kind of labour disruption is ultra-leftist then what are you going to do when there's an actual insurgency?  Probably call it fascist just because it threatens you!  Really, this is the only way you can justify your decision to ignore the lowest level of resistance against capitalism: an extremely low-level resistance that is embedded in legalism and economism, that is curtailed within a discourse of academic respectability, falls far short of anything that qualifies as "ultra-leftism"––but hey, if this is the excuse you're going to use to justify your reasons for doing nothing, then go for it!

Some tenured marxist academics are even worse.  These are people who have made a career out of writing marxist theory and are just as liberal, and sometimes more so, then their post-modern counterparts.  Sometimes they're so bad that they've been lampooned in web comics!  Yeah, a marxist academic yelling at student activists to "shut up" is super marxist!

One wonders why these paper marxists even bother to define themselves as marxists.  Probably because marxist theory is all they know and, refusing to accept what it means for them politically, their only academic clout comes from talking about what they will never endorse in practice.  Paper marxists will thus never produce anything interesting because their entire existence is opposed to the intention of marxism.  It's like being a biologist who thinks it's acceptable to wallow in the era of Darwin and ignore all of the developments since the theory of natural selection––except worse because it means the betrayal of actual people.

When I'm getting called "ultra-left" for simply occupying a position that was traditionally left not too long ago––by marxists whose idea of leftism is voting for the NDP, calling devoted unionists "strike happy", or getting annoyed by student activists––then I have to wonder at these peoples' understanding of revolutionary politics.  For an opportunist, as I have noted before, everything that is not-opportunistic will be dismissed as "ultra-left"… but I bet it feels good to have a nice marxist-sounding phrase to defend your liberalism.