Some Thoughts on the Recent Round of Israeli Settler-Colonialism

July 20, 2014
The supposed "shock" of the NDP's support of Israel's attack on Gaza is merely an echo of the same shock, experienced by the mainstream left, of the NDP's further shift to the right in the most recent Ontario elections.  More evidence that this party is no longer "left", more horror at being betrayed.  The problem, however, is that the NDP's reinvention of itself as a neoliberal party is less of a betrayal and more of completion of its own logic as a parliamentary bourgeois party.  There will be those who claim that is position on Israel-Palestine now is just the result of its recent shift to the right, but this is merely willful denial of a pre-existing tendency. 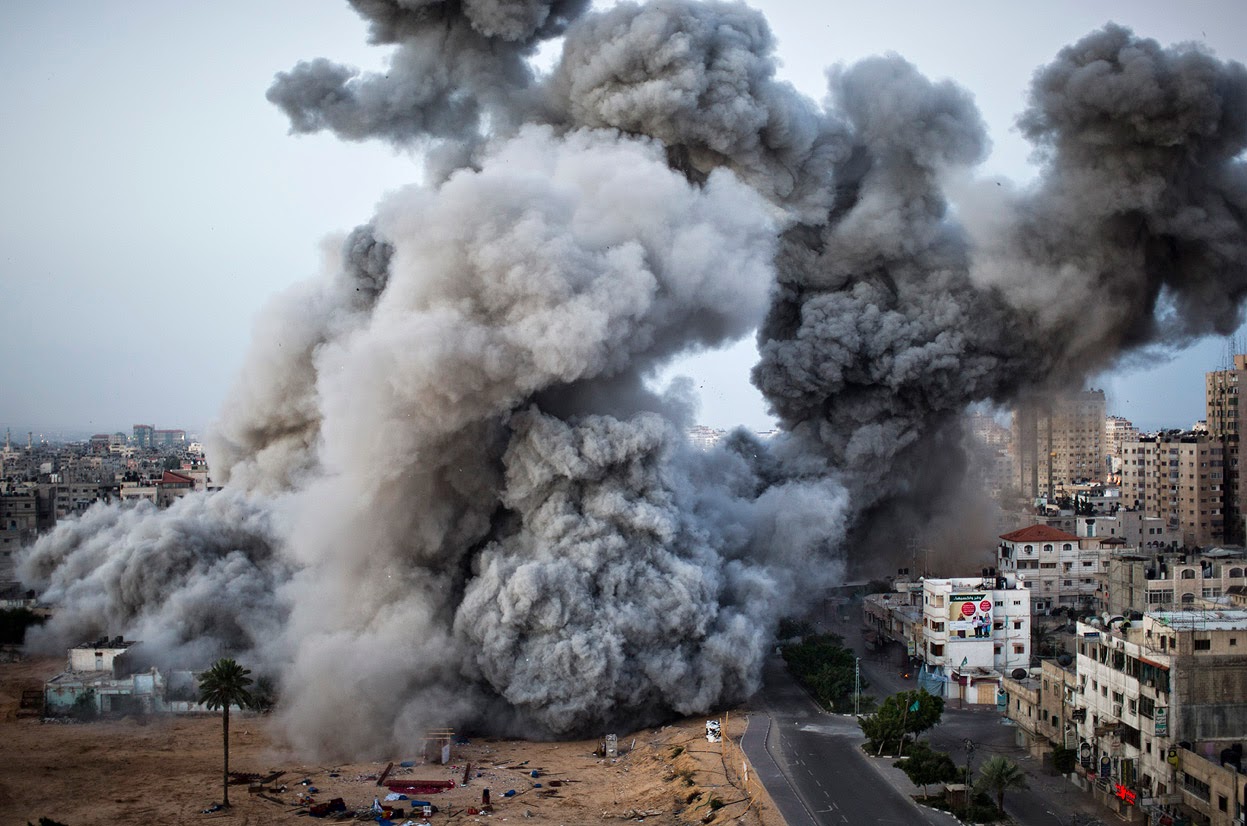 Let's be clear, Canada is a settler-colonial state as much as it is capitalist and imperialist; these three aspects cannot be divorced and determine the structure of its class struggle.  Since the NDP has been a bourgeois party, even when it was still social democratic, it has always identified itself with a settler-colonial ethos.  At no point in time has this party supported the unqualified self-determination of its internal colonies––and its record in every anti-colonial uprising is clear, it sides with the repressive state apparatus––and so its long-standing attitude to the colonialism in its own backyard cannot but help influence its attitude to colonial states elsewhere.  Settler-colonial states stand together; it would actually be shocking if the NDP chose to speak out against Israel considering the positions it has taken against its own indigenous nations.

Indeed, the NDP has a long history of placing itself in the imperialist camp and has never been anti-zionist.  Quite the contrary: many of its electoral officials are zionists, and its current leader has a history of openly declaring his support of Israeli colonialism.  There are zionist members of my union local who have been proud NDP supporters for a long time, seeing no contradiction with their reactionary ideology and a party that is supposedly left.

But forget the NDP for the moment and think instead of a left that bases itself on an analysis of class struggle that is infected by a commitment to colonial-capitalism, unable to grasp how colonial contradictions affect the structure of class.  Take, for example, at least one Trotskyist group's rightful condemnation of this current offensive and compare it to its stance on BDS and the "solution" to colonialism.  It is all fine and good to complain about the NDP's stance and challenge the current attacks on Gaza––these are clearly heinous, easy to understand as manifestations of imperialist belligerence––but if you maintain, at the same time, analysis of Israel and Palestine that treats a settler-colonial working-class as the only force capable of ending Israeli colonialism (i.e. some white saviour narrative), then you shouldn't have the right to even condemn these attacks.  Why not?  Because you claim that only a settler-colonial working class will lead the revolution, that the largest movement of Palestinian solidarity at the moment [i.e. Boycott-Divestment-Sanctions] is shit, and have refused to be part of any pro-Palestinian solidarity because of this analysis.

While it is true that are factions of the Israeli working-class––a hard core composed of Palestinian workers with Israel citizenship, migrant workers, non-unionized proletarian elements––that do possess revolutionary agency, this agency is not such that such a movement will liberate, by itself, Palestinians from colonialism.  If such a movement was ever organized it would have to declare itself an ally to an autonomous Palestinian movement for self-determination led by the most revolutionary elements in the occupied territories.  More to the point: the most revolutionary movements in this region have been led by Palestinian communists, all of whom taught the most radical elements of the proletariat in settler-colonial Israel something about class struggle.  The PFLP and the DFLP, for example, were far more revolutionary––constituting the most advanced elements in the region––than the settler-colonial "communist" Maki that, based on the struggles of its settler-colonial rank-and-file, chose to abandon a previous commitment to anti-zionism, inherited from the Second Congress of the Third International, and embrace zionist domination.

What is the lesson here?  The upper echelons of the working class in every imperialist and/or settler-colonialist state are not essentially proletarian, let alone capable of, or even willing to, overthrow their basis of privilege.  Thus, when some marxist group that dismisses all of the Palestinian solidarity work that takes its cue from the Palestinian people themselves by claiming that "no force on Earth other than the Israeli working class can destroy Israeli imperialism," and then complains about the continuation of said Israeli imperialism, we must ask why.  After all, such a slogan is akin to claiming that "no force on Earth other than capitalists can destroy capitalism" or more accurately "no forces on Earth other than the colonizers can destroy colonialism"––the oppressors and exploiters are the only agents of destroying oppression and exploitation.  If this is what is promoted, then why be shocked at the continuation of an oppression and exploitation that your "agents of revolution" can only benefit from?  Some of us, however, believe in taking our cue from the oppressed and exploited.

These simplistic class analyses are precisely what allow us to imagine that particular bourgeois parties, such as the NDP, should take a staunchly moral stance against the current round of Israeli colonialism.  After all, if the traditional sectors of the Israeli working-class is supposed to fight against this colonialism, then the NDP that once claimed to represent the same strata of the Canadian working-class should be doing the same.  Except they aren't, and they aren't interested in doing so.

The context of colonialism mediates the proletarian-bourgeois contradiction, and no settler-colonial "proletariat" will liberate a subject nation for the same reason that any oppressors are incapable of liberating their oppressed.  Now that we find ourselves again in a situation where Israel is mercilessly pummelling the nation that it has colonized––something that happens every few years when it isn't slowly murdering this nation without spectacle––we should stop hoping that any of our politicians will break from the imperialist camp, or that some imaginary Israeli proletariat will become a colonial saviour that has never existed.  Instead we should continue to use the mechanism of BDS to put pressure on the Israeli state, build up our revolutionary forces at home to attack the imperialist camp from its interior, and hope that we can produce the breathing room for the Palestinians to renew its liberation movement that has inspired so many of us.