November 10, 2017
The following is a guest post by Benjanun Sriduangkaew, brilliant SFF author and my friend, as part of her blog tour to promote her upcoming novel Winterglass. I've had the privilege of reading an advanced electronic copy of this book (thanks to a pre-order deal arranged by Apex Books) and can say that it is absolutely brilliant. Part of its brilliance lies in the various radical themes it explores, some of which Sriduangkaew's guest post will discuss, while other aspects of its brilliance are found in its literary quality, attention to characterization, and narrative detail. Since Sriduangkaew has also co-written an upcoming book with me (Methods Devour Themselves, Zero Books: 2018), a dialogue between fiction and essay, this guest post might also function as a cross-promotional. Especially since one of her stories in Methods Devour Themselves is a prequel to Winterglass. 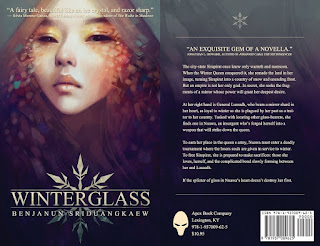 In popular media, wintry monarchs and icy witches are drawn from western cultures, even though the idea is hardly unique to the west or white imagination. The White Witch Jadis, the innumerable fairy queens from innumerable urban fantasy: most of them are some flavor of Norse or Celtic, ruling over seasonally named courts.

The idea of the wintry monarch (all their fairy-queen variants) is popularly linked with western cultures (though far from unique to them), and The Snow Queen itself was written by a Danish author. The fear of a winter that never ends is European. And it is a story about colonization, a land taken over by a climate for which it was never built, a killing climate. The Winter Queen could have been white — most transformative iterations of her are — but that would have necessitated that I wrote Winterglass around whiteness. Nuawa and Lussadh would exist in opposition and in relation to that whiteness.

When I write my fiction with political intentionality in mind, there is always the elephant in the room: that I would need to center the narrative around the the demon to vanquish. Maybe it is men, maybe it is the killing machine that is white hegemony. Whatever it is, inevitably this thing needs to exert its influence in the story, an object or system that needs to be fought or dismantled. You remove the demon, and perhaps you lose some of the kick. But you also don’t want all stories to focus on demon-slaying.

Winterglass is an exercise in self-indulgence, then, in the sense that I have excluded so many of these destructive agents. Men are present, but not in authority — they exist in service roles, but are not of any particular importance and don’t factor into the motivations and desire of the primary players. White people are present, but they are distant, othered — they would like to conquer the territories held by the Winter Queen, but lack the wherewithal. The queen herself is sheathed in ‘the annihilating white of her skin’, but of course pale skin isn’t and has never been the exclusive feature of a single ethnicity. While in theory it is possible a heterosexual character exists somewhere in this milieu, I choose to make all the characters who matter queer in their gender, orientation, or both.

One might say this is unrealistic, but no one says it is unrealistic when a piece of media — a book, a film, an endless series of games— is populated entirely by white cisgender heterosexual characters. One might say making everyone queer, of color, and not male is part of a political agenda — it is — but by that definition so is making every character (or an overwhelming majority) in any piece of work straight, cisgender, male, and white. Everything is political. Nothing exists in a vacuum, not the least intellectual piece of media, nor the most avant-garde. 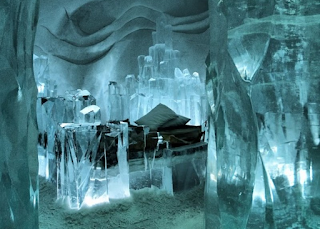 In The Sugarcoated Language Of White Fragility, Anna Kegler writes, ‘Terms like “inclusion” and “white privilege” are designed to sneak past the racial stress triggers of White Fragility. They center Whiteness in a way that makes White people comfortable, while deflecting from the stressful realities of the racist harm that Whiteness causes. Imagine how many racial stress trigger alarm bells would go off if we were using words like “discrimination awareness” and “white undeserved advantages” instead.’ While she is white and I am not, and she is primarily addressing this message to other white people, it struck a chord with me because I’ve been thinking this a long time: that ‘inclusion’ in discussions of activism and social justice has come to have very little meaning. It is used as synonym to assure those of the unmarked default — white, cisgender, heterosexual — that they will still be included come what may; that inclusion of minorities will not mean their exclusion, because it is not zero-sum and there is infinite space for everybody.

Like any other queer person of color, I internalized the narrative of the unmarked default and naturally reproduced it. It felt ‘right’ to turn out white characters adventuring and casting magic or fighting space battles, because that’s the place of white people. White women in love with white men, white women fucking white men, because that’s the only model that exists.

I’ve seen some women say that when they write men it’s more liberating, because they don’t have to worry about their fictional men facing misogyny, whereas with their fictional women they would have to take sexism into account of those fictional women’s lives. But I find it the opposite. To get into the heads of the male or the white or the heterosexual — even fictional — is a stifling chore rather than a worthwhile challenge. To imagine the inner lives of white characters seems faintly risible, and why would any of my fictional creations be white? What is the point or purpose of their whiteness? Does it serve any plot function that they are white, or straight, or American? No, no, and no.

I prefer to be upfront with my exclusion because I’m not interested in pandering to the white, heterosexual, colonial gaze. I’m not going to assure this gaze that they will have a place at the table, that inclusion of those like me will not mean their exclusion (because it will and it must, in activism and discussion of progress and in my narratives). Their position is one of complacency, and it must be refuted harshly, constantly.

This is not about you. You will not have a place at this table. The table has been upended and we aren’t going to put it back where it was.

Winterglass is a lesbian epic fantasy based on ‘The Snow Queen’ set in secondary-world Southeast Asia, out December 2017 and available now for pre-order.