Some More Thoughts on Being a [Communist] Dad

February 10, 2015
On most days of the week I am awakened by the alarm of my two year old daughter who, down the hall from our room, stands up in her bed and repeats incessantly: "Daddy, daddy, daddy, daddy…"  All until I crawl out of bed, throw on a shirt, and trudge over to her room so as to rescue her from the boredom of waiting for her parents to put her day in order.  I both love and resent this alarm, and its squeaky little voice: I love it because I love my child, and in turn feel loved by the fact that this little being is excited to see me in the morning (it's better than any alarm clock); I resent the fact that my sleep is disrupted because, well, I still want to sleep––who doesn't?––and not have to be awakened by the dictatorship of the toddlertariat.

This love and resentment of my daughter's morning alarm encapsulates my mixed feelings about the general perspective on equitable fatherhood.  On the one hand I'm happy that fathers who are dividing parenting and domestic duties equitably with their partners are being lauded, on the other hand I resent this celebration.  That is, whenever someone tells me what a good parent I am because I do the bare minimum of what is required of any parent, mother or father, I am unsure of how to respond.  While I am happy that my efforts at being an equitable parent are being recognized, a part of me cannot help but resent the fact that this is considered a big deal. 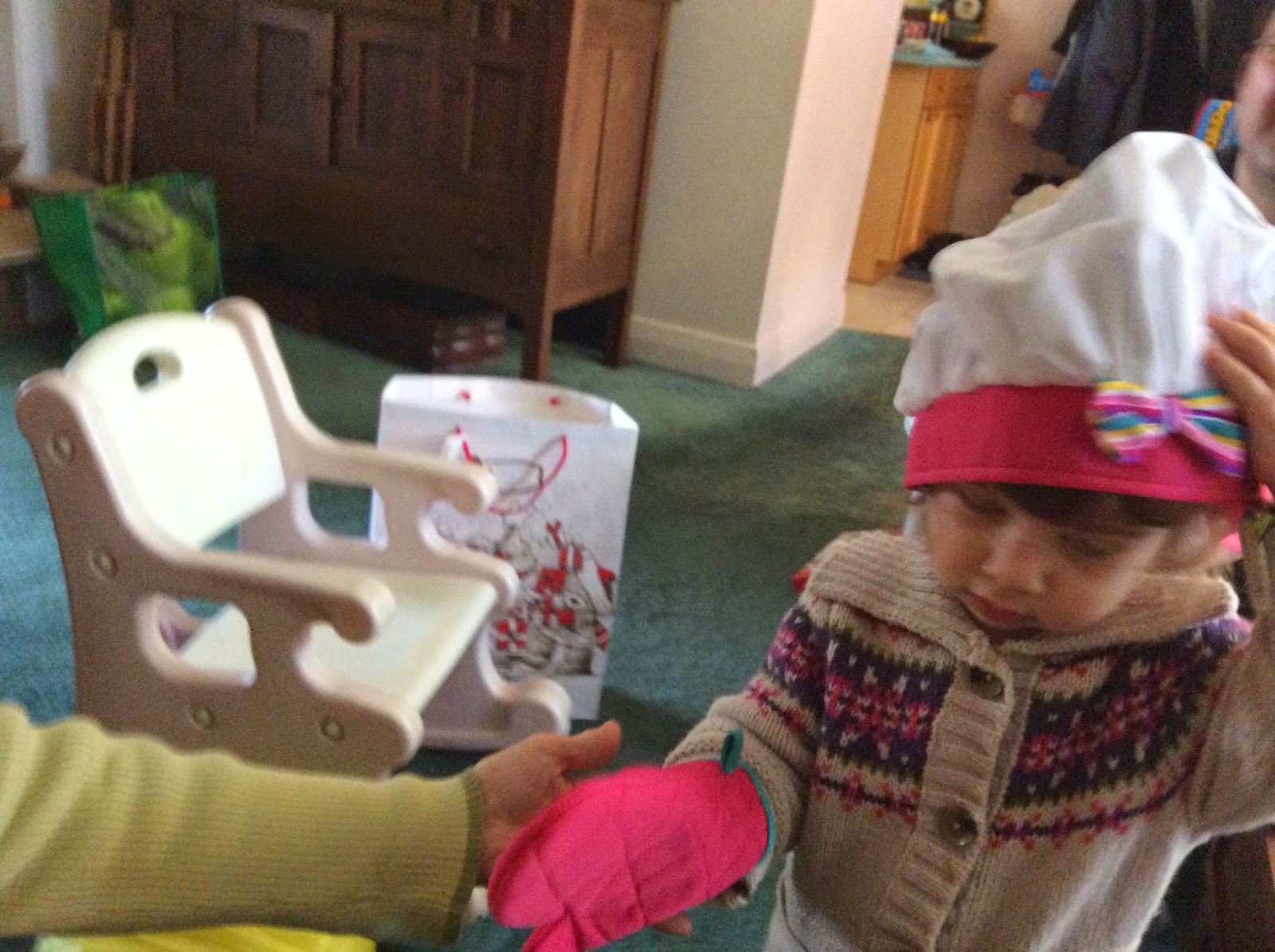 Equitable fatherhood is treated as some sort of Sisyphian task, a unique and unexpected accomplishment that must somehow dwarf the normative duties that mothers everywhere are expected to perform because it is supposedly part of being a mother in the first place.  Mothers are primary parents all the time and so we shouldn't celebrate the fact that they parent because, hey, it's just business as usual––part of the state of affairs––right?  A father that does precisely what every mother everywhere has been doing as part of being mothers in the first place is somehow a martyr; his martyrdom, even if it amounts to the same stuff that the average mother does day in and day out, is significant because it is treated as abnormal.

Stay at home dads receive more recognition than stay at home moms.  Single fathers who are the primary care-givers are apotheosized in articles whereas single mothers––who do the same work in far more instances––are ignored because their activities are considered as par for course.  This is why we have popular news stories about dads who learn how to style their daughters' hair, dads who struggle against all adversity to learn how to fucking feed their children, dads who are champions because they figure out how to change diapers… Dads who are martyrs because they are doing what has been considered women's work.  What fucking martyrs they are!  They have learned how to change diapers and feed children!  All of this while holding down a job at the same fucking time!  Apparently that vast population of women whose entire existence is defined by the double-duty of domestic and non-domestic labour aren't very heroic because, hey, this is just their lot in life in the first place.

Point being: often I feel like those compliments directed at my attempt to be an equitable [male] parent are not deserved.  Why?  Because why the hell should I be lauded for doing precisely what is expected of my partner as normal simply because she is a woman?  Suddenly I'm being told I'm a great parent simply because we share childcare, and I'm one of the few dads showing up with my daughter at a feminized drop-in centre, whereas my partner is simply expected to do the exact same shit, and not be lauded for doing it, because this is considered to be traditional women's work.

In some ways it is tempting to endorse this over-celebration of equitable fatherhood because it signifies the celebration of equity in itself.  That is, we could interpret the over-emphasis on equitable male parenting as being an encouragement of equity in general––an attempt to popularize a minoritarian phenomenon so as to make it normative, a way to force every father to engage in equitable parenting because it now "cool" to do what women have otherwise been expected to, because they are women, for centuries.  Here the over-emphasis on men-being-equal-partners can be dismissed as a necessary aspect of the normalization of equitable parenthood.  After all, if centuries of normalizing women as the primary care-givers––and indeed celebrating their labour as "proper" womanhood––was necessary to make feminized parenthood part of the regular [and regulated] state of affairs, then it might be laudable to emphasize those cases in which men are equal partners (or even less-than-equal, but at least not deadbeat) in parenting so as to develop a similar normalization.

Fair enough… but there is something rather cynical about this argument and cynicism always misses the point: in its ironic pragmatism, it dismisses reality at the backdoor only to find it lingering on the porch––bad conscience cannot be dismissed so easily.  And the analogy of this bad conscience is troubling, if not damning: there is a similar argument that celebrates those men who do not rape unconscious women as being exemplary (similar arguments are mobilized about how such a celebration is necessary to make it "popular" to not be a rapist) although it should be clear, at least to someone who cares about even the most bargain basement ethical theories, that this is despicable––indeed cynical––equivocation.  Do we have to ask why?  Because deciding not to rape someone who is unconscious is not a cause for celebration: nobody should be congratulated for acting according to the simplest and most obvious ethical principles.  Someone is not a moral exemplar because they "resisted the urge" to rape, murder, or torture another individual; this is simply the basic requirement of being human in a world with other humans.

Hence, to over-celebrate those men who are equitable parents is not, despite arguments to the contrary, very progressive.  Why should situations where an individual acts in an ethically obvious manner matter more than identical situations where other individuals are already required to perform the identical action because of gendered logic?  Yes, I want equitable parenting to become the norm but it will not become this norm if there is no equity in its recognition.  For to over-celebrate those fathers who are doing precisely what mothers have been doing for a very long time is to treat the former as sainted exceptions to a rule defined by the latter.  These good dads are especially "good" because they choose to do what they don't have to do in the first place––parent like women, martyr themselves.

If we truly want men to become parents in the same way that women have been required to be parents since the hey-day of patriarchy, then we shouldn't over-valorize those instances where men are behaving as equitable parents.  Rather, we should just work to accept this behaviour as equitable, no more impressive than the still feminized fact of parenthood where mothers, especially those masses of single mothers whose children have been abandoned by dead-beat dads, are rarely treated as saints or martyrs for doing what they are expected to do in the first place––nurture children, act according to some "biological" (really ideological) destiny.  Indeed, the everyday labour of mothers, particularly proletarian mothers, is more impressive because it is the norm: the rule always matters more than the exception, and the rule of parenthood is the rule of feminized labour.