Social Class and My Cognitive Disability

April 21, 2012
The other night, when my sister-in-law was visiting, I ended up in an interesting discussion regarding my auditory processing disorder––a cognitive disability with which I was diagnosed when I was in first grade.  This disability has been part of my life for as long as I can remember, but due to the early diagnosis and help I received, and thus the medical attention I received and the coping mechanisms I was able to develop from a very young age, is not as traumatic and debilitating as it might have otherwise been.  And I rarely talk about this disability––partially because, due to a general state of ableism, I find it irrationally embarrassing, but mainly because, as I will argue below, my class position and social privilege is such that I have been allowed, more or less, to escape its more negative affects.

Since my sister-in-law is almost finished her audiology degree, and APD is a cognitive disability that exists somewhere between the auditory and the neurological, she was interested in the coping mechanisms I had developed, and how I had incorporated it into my overall life, since she had encountered test subjects who, unlike myself, had been socially and emotionally hampered by the same disability.  It was strange thinking back on the days of my diagnosis: first grade was a long time ago, but in some ways I remember it much clearer than second, third or fourth grade because of how my disability, before diagnosis, was treated by my teacher.  For I do have clear memories of this teacher, permitted to be openly ableist in a system that was only beginning to be affected by progressive activism, calling me "retarded" and "rude" and "stupid" and someone who "should be in special education."  I also have memories of the various specialists who tested me, distorted recollections of bizarre cognitive tests where my brain was scanned while loud music was played into my ears and I was asked to assemble building blocks in arcane patterns.  Or memories of how I was told I had "a problem" and was given special earplugs to wear in class which, though making me stand out, did allow me to learn how to read and function in a "respectable" manner.

After that first year, probably traumatic only because I had a teacher that called me "retarded" in front of the entire classroom on a regular basis until I surprised her (after receiving diagnosis and was given the rudimentary tools of how to function) by becoming literate, I progressively adapted to my disability.  Soon, because of parental awareness and constant visits to various specialists, I was beginning to function according to normative patterns of child development.  Sure I was that weird kid who had to wear earplugs, write in isolated silent corners, and maybe had a problem processing the vocalizations of my peers, but I was quickly becoming a "space cadet", an introvert, a more acceptable weird kid.  And while it is true that I would be affected by the vicissitudes of APD for the rest of my life––there would always be social and intellectual challenges––the coping mechanisms I was able to develop at an early age, and the fact I received help quickly during the period of childhood literacy, have severely minimized the affects of this disability. 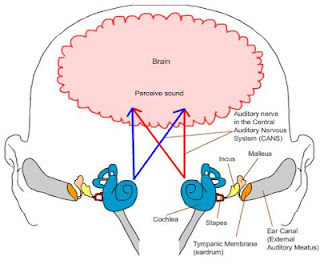 Now a regular part of my life, I rarely have to think about this neurological/auditory disorder; it only comes up in certain social situations, in isolated academic settings, in the odd moments where it causes me social and informational processing difficulty.  At these moments I suddenly recall that I have a cognitive disability, that I am "disabled" on this invisible mental level, and I cannot help but feel disjointed––like I'm suddenly looking at myself and I'm someone else, not the able-minded person with the doctorate that I am supposed to be but some maladjusted social outcast who should have flunked out of high school.  The dissonance is always odd; it is strange how easy it is to forget this disability, how lucky I am to be able to forget in the first place.

So what has become very clear to me whenever I contemplate the fact of my disability is that other fact, the one that only us grumpity leftists ever want to talk about, which is more determinate than my specific disability.  An auditory processing disorder is clearly a neurological reality, but the reality of my social position is even more important.  Because the fact that I am able to cope with this problem, that I can spend long periods of my life not experiencing it as a disability and having the privilege to forget I have a cognitive disability, speaks to a certain level of privilege.  My parents were up-and-coming professionals in a time when the economy was stable and the work force was not facing austerity measures.  They also happened to be professionals who worked in the area of so-called "special education" and thus were trained to understand the importance of properly diagnosing learning disabilities.  So finding out how to teach me the proper coping mechanisms at a young age, and having the time and autonomy to actively assist in this teaching (the result of a certain level of class privilege), allowed me to become literate and functional.  To put it crudely: I didn't have to be disabled because of the class position into which I was born.

What would have happened to me if my parents were not petty-bourgeois professionals?  Perhaps I would have remained illiterate for a long time, failing primary grades.  Perhaps I would have been placed into special education.  Perhaps I would have never made it into university, let alone gone through graduate school.  Perhaps I would have been an extremely maladjusted and socially awkward person.  The only reason I was able to cope with my disability at that crucial age was because of my parents' class position and knowledge; for there are people with the same disability who remain illiterate or barely literate, who have committed suicide because they have found it difficult to cognitively process language (APD is sometimes called "mental dyslexia"), or who have been unable to have fully functioning human relationships due to their inability to properly communicate.  If you are diagnosed early, and you learn how to navigate this disability at a young age, the trauma of this disability can soon be avoided and, at least in my case, it doesn't need to affect your life… but again, to receive a proper diagnosis and learn the proper coping mechanisms requires a parent or parents who are educated, who can navigate medical bureaucracies, who have an inordinate amount of time and energy to spend on helping their child, and who possess a certain level of class autonomy.

Radical analysis and activism around the material grounds of disability/ability has taught us that people are only "disabled" insofar as capitalist society denies access to people who are excluded from a normative construction of ability.  Socializing accessibility, as well as destroying the distinction between the disabled-abled binary, is a revolutionary demand.  And in this context, understanding how class privilege allows some people who are "disabled" to function with far greater autonomy than those lacking this privilege should tell us that the socialization of accessibility is a necessity.

After having struggled through graduate school with some measure of success (thanks to the coping mechanisms I was privileged to learn at a very early age), I still find it extremely difficult to navigate the cognitive terrain of post-graduate school.  The problem of processing auditory information, the problem of following directions, the inability to properly listen, the longer informational processing times, language difficult, paralysis in situations where there is an information overload, and troubled reading comprehension––these can be significant barriers to existing as a human being in this world.  And while it is true that the current economic climate is paralyzing in some sense to everyone, it is also a fact that it is more paralyzing to someone with a cognitive disability; I still find it difficult to properly comprehend the ways in which I need to interact with the world in order to get a somewhat decent job and pay the bills.  Even still, I survive because I was privileged enough to learn these survival skills at that early and crucial age.  So how many others are not surviving because they lack the same privilege, how many others remain illiterate and impoverished, how many others are struggling to comprehend this nightmare world unaware that they have a disability that could be managed had they been born in a class that permitted them the opportunity to cope with their problems?

Several years ago I had the (dis)privilege to work with someone who argued, chauvinist that he was, that people with learning disabilities had no business being in university.  This was after an exam, when he was inconvenienced because he had to pick up the exam of one of his students who, thankfully aware of her disability and properly diagnosed, was lucky enough to be able to write in a special learning centre the university reserved for people with these sorts of problems.  His argument was that university was for the "best and brightest" and that people with learning disabilities, because they were in whatever sense mentally disabled, shouldn't be let into university in the first place.  He lamented the disease of "political correctness", blamed it for the disintegration of academic education.  And though I was lucky enough to have been cognitively re-abled at an early age, and thus escape the supposed disgrace of being classified as disabled during my undergraduate years (mainly because, when I did my BA, these services unfortunately did not exist), I could not help but feel attacked by his chauvinist argument.  For in his view of the world, though he did not realize it because for some reason he believed that I would agree with his rational argument, the only reason I would not be excluded as a proper academic was because I had the good luck to be born into a family that was privileged enough to provide me with the tools to overcome the "stupidity" he so reviled.  I told this person that he was wrong, and angrily attacked his ableist chauvinism; I did not admit that, if my class position and privilege had been different, I might have also been the type of "stupid" person who was writing in an exam in a university learning centre.  And though my refusal to disclose this personal information might have been partially out of embarrassment, the larger truth is that there was no reason to feel personally embarrassed because my class position permitted me to escape disability.  Point being: I am not "disabled" because of my social privilege.