Against a Diversity of Strategy

April 04, 2012
As regular readers of this blog will be aware, I am generally concerned with the default opportunism that affects the anti-capitalist movement at the centres of capitalism.  Around a century ago, Lenin argued that this opportunism was a common characteristic in the labour movement of the imperial centres and, since his time and perhaps because of increased imperialism and "end of history" triumphalism, it has, in some sectors, become stronger.  Specifically, amongst a significant portion of the organized left and organized labour it has become terribly predominant; inversely, amongst vast swathes of the proletariat and oppressed masses ignored by this organized left there are massive fissures tearing open this default consciousness.  Unfortunately, the mainstream left, caught as it is within an antiquated model of struggle (that refuses to see itself as obsolete and continuously pursues "new methods" that aren't really new), and confined primarily to the ranks of the left intelligentsia and labour aristocracy, is unable to think in a revolutionary manner.

It has become commonplace to speak of "diversity of tactics" in social movements, and yet we often forget to interrogate a "diversity of strategy" which is actually a problem and not an asset.  On the one hand we have a majority of organized left groups pursuing various activist strategies, on the other hand we have a minority of organized left groups pursuing a revolutionary strategy; both categories have their own diverse tactics subordinated to this more fundamental division of strategy. (I should not here that, although the groups endorsing a revolutionary strategy are a minority as groups, they are not necessarily minoritarian when it comes to group membership––this point is important.)  What those of us who argue that the revolutionary strategy is better than the activist strategy would like to see, however, is a larger unity of revolutionary strategy where very group will abandon activist strategy and attempt to grow, through their own tactical understanding of making revolution, achieving unity and transformation with other groups when someone else's tactical method is proven more workable by the endorsement of the masses.

The sad fact, however, is that while many of those who call themselves "marxist" or "communist" should be aimed primarily at revolutionary agitation––because, really, this is what Marx and the marxist tradition is about––the fact is that they are more inclined towards a strategy of activism.  Indeed, there is rarely any attempt to figure out how to organize a revolution at the centres of capitalism.  Instead we have a vague endorsement of movementism, a focus on "stopping the cuts", a desire to work primarily on creating reformist coalitions united by the lowest conscious denominator, protracted legal struggle, and parliamentary entryism where the ballot box is treated as somehow revolutionary.

Those self-proclaimed "revolutionary groups" whose entire strategy is to focus primarily on the last point above––on parliamentary agitation––constitute the most opportunistic and thus pseudo-revolutionary sector of "marxists".  Here we have a group of people who, unwilling to investigate the class structure of their society, imagine that class struggle can be sublimated in bourgeois elections and, an echo of Bernstein style revisionism, act as if the capitalist class will permit a peaceful electoral transition.  And though some of them will argue that parliamentary agitation is only part of a strategy of insurrection––again, the October Road which has failed every time it was attempted post-1917––the fact that this insurrection is eternally projected into the distant future demonstrates their unwillingness to actually pursue a revolutionary strategy.  They are Eduard Bernstein in the drag of Lenin, pursuing a reformist activist strategy as they pantomime revolution. 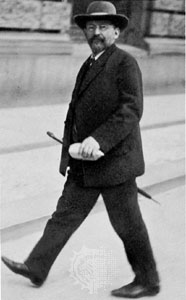 Aside from the fact that this parliamentary strategy uncritically assumes that certain "social democratic" parties are still parties of the working class (they aren't), those who pursue it continue to base themselves brainlessly on Lenin's Left-Wing Communism: An Infantile Disorder.  Keeping in mind that Lenin was examining a party that was armed, that his suggestion for the British workers was eventually proven wrong by history (Sylvia Pankhurst, in this regard, was correct), and that this text by Lenin is usually the only piece of "Leninism" endorsed by revisionists, it needs to be balanced with everything Lenin has said about the uncritical application of theory to concrete circumstances such as:


"To think that Marx's and Engels' advice to the Anglo-American labour movement may simply and directly be applied to Russian conditions, is to use Marxism not for elucidation of its method, not for the study of concrete historic peculiarities of the labour movement in definite countries." (Lenin, Preface to Marx's letters to Becker, et. al.)

And to this we can add one of Lenin's many statements about opportunism (which he spoke of more often than parliamentary tactics):


"A part of the workers and a part of their leaders allow themselves to be deceived by seeming concessions. The revisionists proclaim as 'obsolete' the doctrine of the class struggle, or begin to carry on a policy which in fact renounces it." (Lenin, Differences in the Labour Movement, emphasis added)

Those groups who advocate submersion in bourgeois parliamentarism and who think that this is somehow a revolutionary strategy are not only refusing to examine the "concrete historic pecularities" of this historical juncture, but are "carry[ing] on a policy which in fact renounces" class struggle.  This is counter-revolutionary in essence because: a) it confuses the masses by arguing that bourgeois parties are partially proletarian; b) it endorses the bourgeois system and actively supports it by attempting to channel activists into electoral campaigning; c) it ultimately pursues reform rather than revolution––it is liberal activism presented as communist revolution.  Even worse, those usually engaged in this method are so dogmatically convinced of the efficacy of participating in the bourgeois sphere ("dogmatic" because they choose to ignore the innumerable historical examples that prove them wrong) that, from time to time, they will actively mobilize against anything that reeks of actual revolution.  For once revolution is dismissed as "ultra-left", opportunism can be treated as "revolutionary".

We must recall what Lenin wrote on the even of the Bolshevik Revolution's strategic offensive:


"this opportunism limits the field of recognition of the class struggle to the sphere of bourgeois relationships.  (Within this sphere, inside this framework, no educated liberal will refuse to recognize the class struggle 'in principle'!) Opportunism does not carry the recognition of class struggle to the point, essential to communism, to the period of transition from capitalism to communism, to the period of overthrowing and completely abolishing the bourgeoisie." (Lenin, State and Revolution)