"So Who's Paying for the Revolution?"

February 29, 2012
Around a month ago, when I was disseminating free communist propaganda outside of a subway station, I ended up in a conversation with an interested commuter regarding the ongoing Peoples War in India.  Although he was not entirely antagonistic to the idea of communism and revolution, he wanted to know who was funding the Indian Peoples War.  Initially I found the question rather bizarre; those of us familiar with the history of revolutions, after all, are well aware that the greatest revolutions built themselves organically and the entire notion of "funding", occasional ideological and material support from internationalists notwithstanding, is generally ahistorical.  Indeed, I tried to explain that revolutionary movements gained their strength from the oppressed masses, that they primarily "funded" themselves by creating their own resource initiatives, that a lot of these movements accumulated weapons by taking them from the enemy, and that thinking about organic revolutions only through the lens of monetary exchange was assuming that they were not revolutionary movements aimed at rejecting and overthrowing the system of exchange but institutions similar to your average NGO. 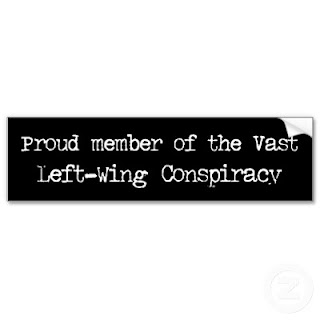 In any case, as bizarre as some of us might find it, the questiona bout funding is not as anachronistic as we would like to believe.  I cannot help but recall Glenn Beck's senile ravings about the book The Coming Insurrection and how he claimed that the uprisings in Greece must be directed and funded by some secretive and wealthy cabal––and that the so-called "invisible committee" must really be some sort of masonic-like leftist conspiracy.  After all, Beck argued, the Tea Party movement took years and money to build!  In other words: since reactionaries spend a lot of wealth funding their movements, by the supposedly same logic, progressive mass movements and revolutions must also have the same approach to "funding".  Except, of course, the logic is entirely different: the former movements require the funding from the bourgeoisie and imperialist states because they are about popularizing an ideology that wouldn't be accepted as popular otherwise.  How do you convince people to mobilize against their own interests, how do you militarize death squads to slaughter peasant movements, how do you manage to have the military means to invade a small and defiant country whose uppity people don't want you there in the first place?  Lots of money pouring from the coffers of the bourgeois state.

Libya is a recent example of a pseudo-popular "revolution" that requires funding.  And maybe the well-intentioned individual I met outside of the subway station a month ago was thinking of Libya because it's always in the news.  The bourgeois media is telling us that the Libyan rebels are a "popular" force who represent the will of the people, and because they're so "popular" we're giving them guns, NATO intervention, and now a possible "supportive" and "democratic" invasion.  But if they were so popular, we must ask so as to dispel this ideological haze, why do they require so much external funding?  (None of this is to say that Qaddafi represented the popular will of the masses, it must be said, though it's becoming quite clear that he was at least more popular than the NATO sponsored rebels.)

Perhaps this way of thinking is the result of Cold War ideology that is now reified in popular discourse. The US, after all, spent a lot of money funding counter-revolutionaries that the public was meant to believe were "popular".  And every revolutionary movement that was endorsed by the "socialist camp" was imagined to be fully funded and directed by a nefarious and uber-wealthy Moscow.  And though it is true that internationalists did their best to help fledgling revolutions, and that the Soviet Union sometimes sent military delegations and weapons, these revolutions did not win or lose based on Soviet support.  Indeed, the Comintern's eventual decision to try and direct these revolutions had disastrous effects and actually contributed to the failure of a lot of socialist revolutions.

This belief that popular revolutions and uprisings are somehow being funded by secretive leftist organizations or anti-US nations might also be the result of how progressives are being trained to think about funding.  The NGOization of leftist groups is a somewhat common phenomena in North America: so many groups expect to draw money from trade unions and social democratic institutions in order to survive, eventually becoming institutions dependent on welfare capitalism.  I can think of several leftist groups in my own city who have depended on certain unions to pay their rent and/or staff, fund their initiatives, and allow them to subsist as groups.  Hell, "Occupy Toronto" was subsidized by multiple unions and its most die-hard supporters, perhaps assuming that this was natural, still imagined that they were an independent community!

In any case, we need to reaffirm the fact that the most earth-shaking and world historical revolutions are successful not because they have been "funded" by external forces––and that the entire idea of secret funding and outside agitation is generally a myth––but have arisen and thrived according to their own merits.  We also need to recognize that many revolutions have been strangled shortly before and after the phase of strategic equilibrium because of counter-revolutionary forces who were funded by outside imperialist agitators.  If there is a cabal of conspirators externally funding movements that would not exist otherwise, it will be found in the imperialist, and not the revolutionary, camp.