Some Thoughts on the Memory of the Red Brigades

June 14, 2019
Having recently reread Strike One To Educate One Hundred, recently republished by Kersplebedeb, and now that I'm reading a draft of 1978: A New Stage in the Class War (a collection of Red Brigades documents) that will be published by the same press very soon, I'm again stricken by the fact that the Red Brigades (BR) were the primary revolutionary force in Italy in the 1970s-80s. Unlike the Red Army Faction (RAF) and other similar urban guerrilla groups of that period, the BR was embedded in the proletariat and was able to launch something akin to a People's War in the metropoles that was not focoist.

What is striking about this fact––the acknowledgment of which is inescapable when the documentation of that period is studied––is that the contemporary left in North America has an obsession with a particular articulation of Marxism in that period of Italian history that is not the politics of the BR and is largely ignorant of this politics. That is, for the past two or three decades the theory and practice of Italy's Autonomia Operaia (often called "autonomist Marxism") has been treated as more significant than it actually was in the space and time it emerged. What is forgotten, or unknown to begin with, is that the Autonomia Operaia (AO) was the result of a split in a previous organization, Potere Operaio, and that it was the rightist line of this split led by the likes of Toni Negri. The rest of Potere Operaio, when this split occurred, ended up joining the Red Brigades. Meanwhile AO went on to embrace economism while the vanguard of the proletarian movement pursued armed struggle and proved that AO were in fact a minoritarian trend, though more worker-centric than Lotta Continua––the spontaneist trend––in the workers movement of the time. 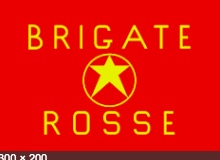 So why is it that AO and theory generated by them are more fascinating and exciting for the contemporary first world left than the theory and practice of the BR? Obviously it cannot be because the BR failed to win its People's War since the AO also failed in its objectives. Moreover, the latter did nothing much beyond an immediate economism, critiqued by the BR, and was only perceived as a threat to the state because of the actions of the BR and other guerrilla groups active in Italy at the time. The truth is that what we now call "autonomist Marxism" is a safer and easier Marxism than the revolutionary communism that Marxist theory requires of us. Dressed up in fancy language about class war it only has to worry about the ways in which class war is articulated in immediate economic struggle, reducing the political and strategic question to this level. We don't have to learn any important lessons from the AO except that its theoretical perspective accomplishes nothing, which is not what those who have been recycling their theory since the late 1990s have been willing to learn.

Which is why it's not surprising that the AO's original worker-centric practice (so worker-centric that it earned the name Operaio––it was indeed "workerist") drifted away from its working-class roots and over the decades following the Years of Lead found a place in academia. Because it is quite convenient to rely on the autonomy of workers struggles, and not have to worry about building a party (assumed to deform these struggles), if you want to uphold class struggle as an academic Marxist without having to do anything about this class struggle beyond supporting the multiple initiatives of the exploited and oppressed masses, writing about them, and hoping that (maybe with some educational engagement) these autonomous struggles would blossom into a socialist process. The fact that the progenitors of this theory came out of the rightist line of the split in Potere Operaio is either unknown or ignored. The fact that this workerist tendency was based on the rejection of building a cadre organization, of refusing to accept that armed struggle was––as the first generation of the BR put it before this split––the principle question of Italian politics at the time, is something contemporary fans of the Italian theorists associated with the "autonomist Marxist" trend don't seem to be aware of. The reality was that the politics of the AO was conservative in practice but masqueraded, in theory, as being anti-conservative because of its eclectic rejection of party-centric "dogmatism". And this is precisely why it remains popular now in the imperialist metropoles: in form it seems to be an advanced theoretical perspective––a break from stodgy Leninism––but in practice it is tired and ineffective. The perfect Marxism for those who want to avoid the actual questions presented by the necessity of making revolution.

I say all this, of course, while being fully aware that the popularization of the theoretical perspective of the AO was my gateway drug from anarchism to revolutionary communism. I am happy to admit this and I won't deny that I have a soft spot for "autonomist Marxism" because it is what helped me break from my anarchist dogmatism. At the same time, however, I recognize that the intermediate space it occupies between anarchism and communism is insufficient. Its more modern articulations, in the wake of the anti-globalization movement, were useful for pointing activists such as myself back to Marxism but, beyond that, would result in an arrested development of political consciousness if we refused to really think what Marxism implied. Which is Leninism and then Maoism.

And the BR, which was in fact more politically sophisticated and active than the AO in the 1970s and 1980s, points towards this rigorous thinking of Marxism's development as a revolutionary science. It actually tried to make communism, understood the requirements of its conjuncture, and attempted a People's War upon "the heart of the state", when the workerist and spontaneist trends could do very little, the classical revisionist trends was absorbed by this state, and the Trostkyite trend was mimicking counter-insurgency propaganda by attacking the armed struggle. The eventual failure of the BR, then, needs to be understood in this context rather than an indictment of revolutionary communism. After all, the workerist trend of Autonomia Operaia and the spontaneous trend of Lotta Continua, also failed because they never produced the same challenge to the state that the BR succeeded in making. (The revisionist PCI and the Trotskyites don't count because they both supported the state's hegemony at the time.) But the BR went further than these other Italian "New Left" trends, forcing the entire state to deal with its People's War and calling the state's hegemony into question. We need to learn from the successes and failures of these attempts to make revolution in the imperialist metropoles; they are more instructive than theoretical tendencies that did not attempt revolution which is why these non-revolutionary tendencies are popularized.

As for the BR's defeat, and what we can learn from it when it comes to the question of making revolution, this only makes sense if we understand that trends such as those represented by the AO were never in the running to be victorious in the first place. These non-revolutionary trends were defeated from the get-go because they never challenged the state. The BR did challenge the state, though, while being simultaneously embedded in the proletariat and pursuing a People's War. So what went wrong? I think the Italian Maoist groups––the PCI(Maoist) and nPCI––probably have the best assessment of that period, and I'm interested in reading their analysis. But from what is available in English documentation, from those sources that aren't tainted by counter-insurgency propaganda, the problem seems to be the BR's approach to the party and People's War. That is, they attempted to build the Fighting Communist Party through People's War rather than having a prior party formation already established to direct the People's War. For those of those familiar with the Communist Party of Peru's notion of the "militarization of the party" this is even one step back from that notion since it seems to be a "militarizaton of the pre-party formation". [EDIT: Based on discussions about this comparison I should clarify that this mainly a rhetorical distinction designed to show that a contemporary Maoist understanding of PW is superior to the understanding of the BR. It is clear that, in its early stages, the BR's "militarization" of its pre-party formation was in fact successful and contributed to its strength. The precise problem is that, when the BR entered the military stage of strategic defensive, it had no party apparatus in place and hoped to build such an apparatus in the civil war. More accurately, the BR entered the formal military stage without having established a vanguard party project.]  By the 1980s, perhaps due to this lack of a pre-established party that could control the gun––but instead a process of the gun seeking to discover the party––different columns of the BR would split, thus rendering them more vulnerable to the state's counter-revolution. Drawing such lessons from their defeat, though, is because they possess a revolutionary legacy. And we should seek to learn more from those defeated movements that pursued revolution than those movements that were never defeated because they never tried.