June 10, 2013
Since the second MER-PCR/RSM-RCP conference is happening at the end of this week, I have received a pdf of the document that was made public after the first conference.  Although I am no longer a student, due to my experiences in the student movement I feel that this document addresses a lot of the long-standing problems that repeat themselves every five years. 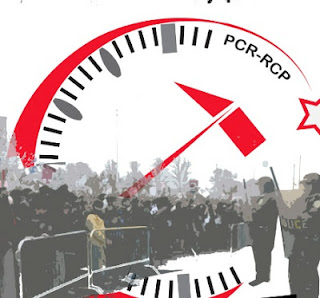 Indeed, there is often quite a lot of talk about reviving the student movement although very little talk (and very little knowledge) about why past high-points of struggle disintegrated or why student unions such as the CFS have, for a long time, been on the margins of the more radical and mass-based moments of student struggle.  When I think back to some of the student activist coalitions of which I was a part, and now see multiple attempts to reinvent a wheel that was broken, I often get somewhat frustrated.

In any case, here is the Seize the Time, Blaze a Revolutionary Path document of the first conference.  The second conference, It is Right To Rebel, will be held on the upcoming Saturday and Sunday in Ottawa.  For those still interested, conference details can be found at the MER/RSM site.