January 20, 2012
In the past five or six months some of my more controversial and better read posts have been about people who died.  Namely about people whose deaths produced undeserved hagiographies amongst a leftwing population that should have known better.  In engaging with the events of these deaths I was more than a little shocked by the fact that their fame, far more than anything they actually did, and the illusion produced and fostered by this fame produced bizarre rites of mourning amongst those who: a) had never personally known these people; b) whose politics in theory were supposedly opposed to the politics represented by the objects of their grief.  I began one of these posts by talking about the Mao Zedong quote that claimed that the deaths of those who died in the service of oppression were worth less than the weight of a feather, where the deaths of those who placed themselves in the camp of the oppressed carried more weight than a mountain.

And it is here that I want to mention, in an obituary post unlike the ones I have given in the past, the passing of a comrade whose death weighed far more than the deaths of those targeted in the aforementioned posts who, simply because of their fame and the illusions they represented, died in the service of the capitalist camp.  Everyone in Canada was aware of the passing of Jack Layton, most everyone in North America and Europe was aware of the passing of Vaclav Havel, and because of this forced awareness there was a frenzy of hypocritical mourning on the part of those who had never known these people personally and who were trying to pretend they were not the ruling class apparatchiks that they were.  But no one will ever pay attention to the passing of those still anonymous comrades; those who mourn someone like Layton won't mourn an unknown communist whose commitment to revolution should mean far more than the man we want to falsely label as "socialist".  But the anonymous comrade's death, just like every anonymous comrades' death, should be considered far more significant than the death of famous imperialist stooge.

So it is with all of this in mind that I bid farewell to Ben Moseley who passed away last Tuesday at only twenty-two.  I knew him primarily as bmose, which was the name he used online, and I must say that is strange to get to know someone, to consider them a friend and a comrade, without having met them in person.  Even stranger to be informed that this comradely voice in a different country, with you are sharing so much dialogue, is suddenly silenced because there was a real body behind it (that you always knew but still could only associate with typed words).  And it is sad when I look at my blog's "followers" and his is the first name on the list. 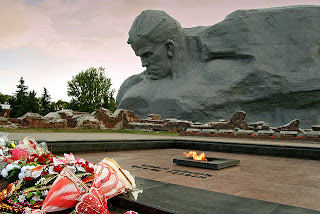 The folks at Angry Marxists, who I met him through, and at The Fivefold Path, who were close to him, have already posted on his passing.  His death came as a shock (I was talking with him just on the weekend), and he will be missed.  And I'm tired of feeling the false shock produced by dead opportunists and reactionaries––a shock you only feel because they were fucking famous––rather than the shock that deserves mourning.  That is, the shock of someone in the camp of comrades.