"A Star Fell And I Was There": new 100 Flowers Press eNovel [more shameless self-promotion]

August 15, 2011
Since I have generally received rather positive feedback from the previous eNovel I laid-out and posted, I decided to lay-out and post a second eNovel.  Unfortunately I cannot promise that this will be a better novel, even though it is longer and was not produced within a three day time frame, since it was written five or six years ago.  As I noted when I first posted my previous novel, I am using this 100 Flowers Press framework more as an experiment as a way to share those novels that I am less attached to––the flawed manuscripts that I will not be peddling to official print publishers.  I also want 100 Flowers Press to eventually become something more collective, and some friends and comrades have already demonstrated interest in using it as a vehicle to "isbn" and "library-of-congress" potential projects.  There are a few of us who are even interested in putting together an eJournal through 100 Flowers Press in the near future.

So this novel, older and longer than the first, is a somewhat awkward and vicious piece of meandering prose.  It is probably more pulpy than the A Continent of History, some of the writing makes me cringe, but I figure it's no worse than millions of shite novels that are published by the mainstream book companies that, despite best-selling success, are terribly written, hackneyed, and mind-numbingly banal.  If people can tolerate the writing of the Dan Browns and Stephanie Meyers of the world, then they can tolerate the awkward prose of this book.  And if you treat it as pulp then hopefully you won't be disappointed.

So this novel is called A Star Fell And I Was There and it is an urban fantasy/horror story that is about 300 pages long.  The cover is a little a bit didactic, but I felt that was appropriate given that this book awkwardly pulpy: 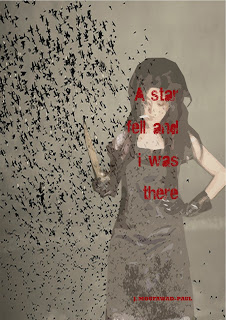 Knives and butcher smocks and flocks of crows and cool fonts!  How much more pulptastic can it look?  (Answer: much more with someone who can actually do proper cover art.)

You can download A Star Fell And I Was There on the 100 Flowers Press eBook page for free.  I'll eventually put the link up on the Free Novel page of this blog, when I reconfigure that page to point more directly to 100 Flowers Press, but for now just head over to that site and download it if you're even in the least bit interested. 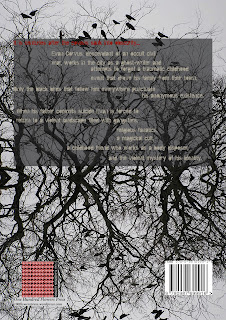 I'm assuming this will be less liked than A Continent of History for numerous reasons, but I would be interested in hearing from blog readers and allies who think differently.  But at the very least, I hope that this more awkward offering is still enjoyable.

So please download and either enjoy or despise.  Again, at the very least, this book can't be worse than the pulp you can find on a convenience store rack.