My Next Book: Demarcation and Demystification

October 05, 2018
As some of my long time readers and supporters might be aware I have a new book coming out with Zero, most probably at the end of 2019 after Methods Devour Themselves has been given time to find an audience and thrive. This book, Demarcation and Demystification, is that book on philosophy that I have mentioned multiple times on this blog and elsewhere, a manuscript that took around 7 years to complete. Started just before I started the draft of Continuity and Rupture it developed, going through multiple rewrites and revisions, alongside that project and others. Concerned with the meaning of philosophy in the shadow of Marx's eleventh thesis on Feuerbach, and particularly the meaning of the Marxist practice of philosophy, it was a manuscript that I put a lot of time and energy into since it also functioned as a way to clarify what it was I did as someone trained in "philosophy" who was also a Marxist. Since I plan to release a supplementary and promotional essay closer to the date of the book's actual release (which will at least be a year from now) this post is intended to say a few words about the story of the project rather than what it is about. Hopefully I'll pique your interest enough to watch out for its publication.

So yes this is a promotional far in advance that serves the purpose of generating another blog post! But it is also the fact that the project has been on my mind for the past few weeks since it was only finalized, with all the great endorsements from some early readers, last month.

I began this project about a year before my daughter was born. Just after I finished the final edits and received my endorsements she turned six. I have a distinct memory of beginning a serious rewrite that preserved the introduction, transforming it into the first chapter, and jettisoning everything else the year of her birth. I remember making this decision, in fact, on a night when I was staying up extremely late in a separate room with a newborn Samiya, with a bottle full of pumped milk, so that I could nurse her whenever she awoke and my exhausted wife could get a break from that first month of nightly breast feeding. Before that night I was still working with a draft I had completed just before she was born and maybe it was the energy of a new parent thinking of new beginnings that gave me the courage to begin a nearly total rewrite on that night, punctuated by an infant waking to get fed. Perhaps care for a child was translated into care for the future of a manuscript. 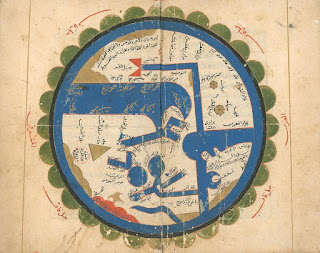 My pre-Samiya manuscript was less ambitious and, in retrospect, pretty mediocre. Conceived as an extension of a blogpost I had written about what I do as a philosopher, and begun almost immediately following that post, it merely sought to explain what I thought philosophy was as a Marxist in an introduction and then demonstrate how I did this kind of philosophy. The introduction gave a cursory explanation of the meaning of philosophy in the shadow of the 11th thesis; the following chapters demonstrated how I practiced it in regards to a variety of key problematics within Marxist theory. I thought it was a pretty good idea at the time (and a good way to distract myself from the fact that I had lost the contact information of the Brill editor who had accepted the book proposal of my thesis due to a manic email purge––that's a whole other story) but by the summer of 2012, right when this version's first draft was completed, I was already feeling that it was a weak project and had instead shifted my focus to the beginning of Continuity and Rupture. My partner, who had read portions of the draft of this philosophy project, was also not convinced that it worked as a whole: she thought that I was unto "something interesting" in the introduction but then found the following chapters, that were really nothing more than a string of essays united by the conceit of showing how I did philosophy based on what I said in the introduction, less interesting. Which is why I put it temporarily on ice and shifted my attention to drafting the foundations of what would be Continuity and Rupture only to return, at a time where my work on C&R was at an impasse, to this philosophy manuscript only to realize on that, like my infant daughter sleeping beside me, it needed to be nursed and cared for. And to do that meant refocusing its structure.

The problem was that the part of the original manuscript my partner found interesting was precisely what needed to explored. The original introduction was too quick, concluded before its claims could be fully explored and analyzed. It was pop-Marxism or at best pop-MLM. There were multiple implications it refused to address, asserting its assumption about philosophy as axiomatic, and then moving on to a bunch of essays that were indeed less interesting than the introduction. The book needed to be entirely about the introduction, what it meant to do philosophy under the aegis of the 11th thesis, because this would not only make it stronger but also explain to me––as I worked it out in tandem with my political practice and work on other manuscripts––what the hell I was doing as a so-called "Marxist philosopher". I needed to think through a hell of a lot of shit and demolish a bunch of conceits in the pre-Marxist canon.

And so I got rid of everything after the introduction (which I would also edit and extend) and started the project anew. My other work would be influenced by this decision: rewritten alongside the development of Continuity and Rupture, the latter's claims about the meaning of philosophy were reflections of this other developing manuscript––they influenced each other. And The Communist Necessity was born in the intersection of these two manuscripts (initially as an introduction to C&R) but separated and published first. I soon started writing another manuscript while these projects were developing, an extended essay on economism, which became part of the intersecting influence.

The Communist Necessity and then Continuity and Rupture were published but still this project about the meaning of philosophy chugged along because I was never satisfied with it, because it was never as immediate as these other projects. New projects were begun, generated by this interplay: Austerity Apparatus was easier to complete and publish within this process. Who the hell would want to read a book on practicing philosophy, I reasoned, and anyway it was less important than these other interventions.

Around the time that C&R was in the process of publication, and Austerity Apparatus was being prepared for publication by another publisher, I returned yet again to the draft of this philosophy manuscript and decided I needed some sort of literary hook to make it more interesting. This was a time, in the summer of 2016, when my appreciation of Benjanun Sriduangkaew's literary output had led me to follow her on Twitter––a platform I only joined because of the impending release of C&R. When I read her story Comet's Call, published in August 2016, I discovered a piece of literature that would function as the analogical device to think my project of making sense of philosophy from a Maoist perspective. What was once the introduction to my project on Marxist philosophy had already become the first chapter and was awaiting a new introduction––and I was finally able to write this introduction with analogical recourse to the short story in question. I tweeted an early draft of the analogy, learned that it was found interesting by one of Sriduangkaew's publishers, and discovered a new relationship.

With C&R poised to be released and Austerity Apparatus in the process of production, I asked Sriduangkaew to write a blurb for the latter and she agreed. And from this agreement a relationship was born that would result in the project Methods Devour Themselves that would further delay my philosophy project. Although my initial plan was to propose this philosophy project after Continuity and Rupture the opportunity to produce something unique with Sriduangkaew took precedence. To be clear, I'm happy that it took precedence… But it should be recognized that the analogical use of her stories in my older project on the meaning of philosophy pre-dated and in fact inspired the Methods project.

Since Methods Devour Themselves was shorter and tighter than my draft of Demarcation and Demystification at the time (the time being the summer of 2017) it made sense to pursue the publication of the former first, holding the latter back for further revisions until I finally felt it was ready to submit in the summer of 2018. And now that I've submitted Demarcation and Demystification, and have been lucky enough to have it accepted, I feel like a great writing weight is lifted from my figurative shoulders.

Although I doubt this project will be as popular as my previous work––there is admittedly something less immediate, let alone interesting, about a book on the meaning of philosophy––I hope that it will be relevant and useful for other militants struggling like myself to think the meaning of philosophy in the context of militant struggle. In some ways, despite its many weird and anachronistic aspects, this was the motivation of my blog: how to think philosophy in the context of the terrain of Marxism-Leninism-Maoism––using it to intervene upon, propagate, elucidate, and defend this terrain––while also thinking the meaning of my philosophical practice itself. If Continuity and Rupture (with its "introduction" found in The Communist Necessity and its "epilogue" found in Austerity Apparatus) was the rigorous completion of one aspect of this blog's aims, then Demarcation and Demystification signifies the completion of another aspect. The questions raised by both are not and cannot be fully answered; the "answers" provided are only the answers wagered by philosophy which, as Demarcation and Demystification discusses, are not identical to the truth procedures produced by revolutionary theory.

I am grateful that the early readers of this project, including the three who wrote endorsement blurbs, considered it worthwhile. I hope others will feel the same so that, in around a year from now (give or take a few months) the publication of this book will find an audience. But until then, thank you for all of your support.