On Marxist Philosophy Yet Again

July 23, 2018
With Methods Devour Themselves nearing its release date, and thoughts of Continuity & Rupture on my my mind due to another manuscript (about philosophy) I recently prepared for submission, I felt it might be worthwhile to talk a bit about what I do as a philosopher. Specifically, what I do as a philosopher of Marxism and how I generally understand the meaning of philosophy within the boundaries of historical materialism. Such reflections will, at the very least, prevent my blog from languishing in stasis.

Since the manuscript I recently submitted for publication concerns this question (what it means to practice philosophy as a Marxist, what philosophy means under the shadow of the 11th Thesis on Feuerbach) I am not going to get into the meaning of Marxist philosophy in any real depth. I wrote that book because in order to deal with this question in depth it required, in my mind, an entire book.  In fact I've already written three posts that serve as entry points into that project: the first, written in 2011, was what led me to start writing the manuscript in question; the second, written around a year later and when I was in the midst of beginning to draft the aforementioned manuscript, indicated some of my misgivings about the academicization of the term "Marxist philosophy" that often gets in the way of doing philosophy as a committed Marxist; the third, written two years later, was derived from reading Balibar's work on philosophy, driven by misconceptions propagated by normative academic Marxism, and motivated by the fact that the manuscript in question was approaching a completed first draft. Rather than completely rehash the territory covered by these posts, or attempt to adequately summarize a book sized manuscript, this post will mainly concern general thoughts about the practice of philosophy within Marxist boundaries now that my project has reached its completion.

Another point worth considering: I began to draft this manuscript concerning philosophy and Marxism before and during I was writing Continuity and Rupture and so the latter project was affected by this exploration. If Continuity and Rupture took close to five years to be fully drafted, edited, and published, this other project was the result of seven years of intellectual labour. As a parallel project it influenced the structure of Continuity and Rupture; if and when it is published it will hopefully clarify the ways in which I deployed the term "philosophy" as well as providing Marxists with a conception of philosophy that is not hampered by idealism. 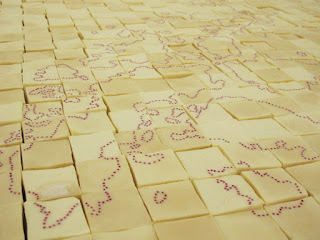 As someone trained in philosophy I see my role as a "philosopher" as intervening upon already existing truth procedures in order to provide clarity. All the way up until the emergence of Marxism philosophy was treated as foundational to knowledge; it initially defined itself as a separate discipline by separating from religion and existing in competition with religion as the bedrock of meaning. Philosophy's emergence and separation from religion, so as to displace the latter, can be observed in the work of the pre-Socratics, culminating with Plato and Aristotle. A speculative metaphysics based on logic is proposed as a rational alternative to mysticism. As Marx and Engels revealed, though, this alternative, despite mobilizing mechanics of rationality and logic, was substantially identical to religion in that it attempted to provide a non-materialist basis for matter and existence. Such a project reached its culmination with Hegel which was grasped, by Feuerbach, as the perfection of "speculative theology". Marx and Engels, as we know, went further than Feuerbach because, despite the fact that Feuerbach diagnosed the problem, his solution was simply a more modest version of the same problem. He, too, sought to mainly displace religion by revealing it as a projection of humanity's development throughout history, offering a less grandiose philosophical foundation. But the rise of the new sciences, the Enlightenment demystification of the world, revealed that philosophy could only ever be something that interpreted the world, projecting these interpretations into idealist claims (even when they appeared materialist) about metaphysics and ontology. As they wrote in The German Ideology:

When the reality is described, a self-sufficient philosophy loses its medium of existence. At the best its place can only be taken by a summing-up of the most general results, abstractions which are derived from the observation of the historical development of men. These abstractions in themselves, divorced from real history, have no value whatsoever. They can only serve to facilitate the arrangement of historical material, to indicate the sequence of its separate strata. But they by no means afford a recipe or schema, as does philosophy, for neatly trimming the epochs of history.


I'll leave this problematic for my future manuscript, where I discuss it in some detail, and simply hamper on the following point: Marx and Engels were not interested in producing a new philosophy of existence (as some like to argue), though they indeed used tools borrowed from philosophy, but in grasping the basis of a science of history and society. Philosophical practices served to "facilitate" this grasping, but the end result was not "a recipe or schema" for understanding history––that is, a metaphysical formula––but in fact a scientific theory. And what this schism from philosophy-to-date implied, then, was a simultaneous materialist reading of the history of philosophy as a product of concrete material processes rather than their foundation. Just as Feuerbach saw religion as a historical artifact of humanity's historical development, Marx and Engels were able to see philosophy as a parallel artifact that, like religion, saw itself as outside of material processes and, in fact, ontologically outside of the circle of history. What, then, becomes of philosophy once it is seen as a practice conditioned by social-historical forces? Clearly it can no longer be treated with the same aura of significance as it has been historically and, in academic contexts, still is.

Early Soviet treatments of philosophy understood this breakage in philosophy and thought its meaning in the division, first formulated by Plekhanov, between historical materialism and dialectical materialism. This initial attempt at thinking the meaning of philosophy after Marx was clear that the science developed by Marx and Engels, historical materialism, was primary and separate from the philosophy, altered by Marx and Engels, of dialectical materialism. Philosophy, here, became a methodology that permitted the engagement and clarification of the foundational scientific theory of history and society. Unfortunately, this division would become a dogmatic formula mobilized by the revisionists as Soviet textbooks during and after Khrushchev would attest. The initial conceptual clarification was lost and there was a re-philosophization of the science where the science was transformed into a metaphysics. The fact that revisionists can dogmatically use the word "dialectical" like a magical wand to wave away criticism––without having to explain why their positions are dialectical or their opponents' positions are undialectical––demonstrates the saturation of historical materialism with formulaic thinking that resembles the metaphysical mysticism that Marxism was meant to shatter.

If we are to take the emergence of historical materialism seriously, though, then we must drain philosophy of its importance. This is not to say that philosophy does not have an important role to play, only that this role is secondary and not foundational. Marxism does not initiate a new philosophical system against the old philosophical-theological projects (this is precisely what Marx and Engels critique Feuerbach for doing) but initiates a science that understands philosophy as a collection of particular practices that tail this science. When it was initially claimed that Marxist philosophy was dialectical materialism this was a claim about methodology, the way in which thinking is practiced according to the boundaries of the science and that, yes, helped think through these boundaries. Philosophy is not unimportant, in fact its methodological practices were necessary for Marx and Engels (but not sufficient) in thinking the meaning of the science, but it is not uniquely important, primary, or foundational. To claim otherwise would be idealist.

So what I do as a "philosopher" is a very modest project. It is a practice that treats philosophy, as Marx and Engels saw it, as an interpretative practice that uses a philosophical methodology shorn from being foundational upon zones of theory generated by the science of revolution. I take the truth claims of historical materialism seriously: I attempt to turn the gaze of philosophy back upon these claims so as to justify its scientific unfolding (an unfolding based on the motion of class struggle), clarify axiomatics, and think within the boundaries of these axiomatics so as to demarcate particular fault-lines. I do not believe, and this is important, that I am establishing the truth procedures since truth belongs to the realm of theory, specifically scientific theory, and is not generated by philosophy which is only an interpretative practice. To be clear, I do not think that my philosophical explorations within the zones opened up by historical materialism bear the same truth value as what opened up these zones for exploration in the first place. Historical materialism asserts particular things based on the fact that class struggle is the motion of history, and its truths are determined by world historical revolutions. The practice of philosophy is useful in thinking what the unfolding of historical materialism means, but this actual unfolding is the business of revolutionary movements. Thinking within these boundaries, and clarifying problematics that still need to be addressed, will be a messy job prone to errors. At best, it can only open up problematics of debate.

Now the reason why I have consistently scare-quoted "philosopher" is because I don't think that being a philosopher is dependent on academic training. As both Gramsci and Althusser have claimed, everyone is in some sense a philosopher. Everyone attempts to interpret meaning, demarcating and providing clarification. The problem, though, is that a lot of people are "spontaneous philosophers" in that they declare the meaning of things according to ruling class ideology but pretend they aren't doing ideology. The solution is to generate a practice of philosophy within a proletarian movement that, following a recognition of historical materialism, seeks to generate clarification and the forcing of meaning according to proletarian ideology. We need to produce philosophical practice at every level of a revolutionary movement.

Philosophy is not foundational to thought, but in my opinion the practice of philosophy is necessary for all cadre to learn and grasp. Revisionism and dogmatism are always very real problems standing in the way of praxis; a philosophical mindset of thinking contradictions, of refusing to rely on formula, needs to be harnessed so as to make a revolutionary movement possess any level of strength. When we read what sometimes pass as "polemics" in contemporary communist movement we are faced with diatribes that function according to formulaic thinking, that cannot rationally defend their conceptual claims, and mobilize multiple buzzwords inherited from the past. We can do better than this, as the great theoreticians of our past did––and it is in fact insulting to these theoreticians to reduce them to a series of formulaic quotes.

As I write this the worst opportunists, pretending that they are critical, are denouncing our history with a shitty Jacobin review of a book written by Max Elbaum years ago. And though it might seem strange that someone is reviewing Elbaum's book about the New Communist Movement now so many years after it was written, the intention is clear: to shut down any thought that cared about a meaningful political sequence. (To be clear, the review in question misrepresents Elbaum's book, Revolution In The Air. Elbaum was critical but not dismissive of this period.) As a friend and colleague conceptualized this terrible Jacobin review: "his critique of sectarianism is itself motivated by sectarian impulses. But now that he has joined a socdem party, it's not actually sectarian of course." The practices retained from philosophy, though, provide us with the tools to undermine this kind of bullshit. And thus philosophy is retained, within the historical materialist sequence, as a methodological weapon.