On Being a "Propagandist"

July 18, 2017
I have been called a "propagandist" a number of times due to my political commitments. This blog, The Communist Necessity, and especially Continuity & Rupture have been treated as philosophy masquerading as propaganda by more than one reader who, aware of my organizational activities, recognized that my work also functioned to justify and signal-boost these activities. Like I had a doctorate in propaganda instead of a doctorate in philosophy, that all my academic training resulted in becoming a simple propagandist.

Originally this charge annoyed me. After all, it was not as if I arrived at my organizational commitments in an empty-headed manner; it was my training, along with my practical experiences, that led me to embrace Maoism and the requirements of Maoism. What I would write and publish later was simply a reflection of the many arguments I had with myself and others much earlier, the culmination of holding my life and my position in this world under the magnifying glass of my training and tracing out a chain of argument that led me to MLM and thus, because of recognizing the strength of this position, the practical support of an MLM organization. I simply refined and published this thinking after the fact; I happen to believe that my work, particularly what I argued in Continuity & Rupture is strong because it is a reflection of years of thinking through the historical conjuncture and what revolutionary theory/science meant. This blog has been a sounding board in that pursuit––but again one that was begun after years of experience and reflection––that resulted in my published work.

But now I am less annoyed after several years of thinking through the meaning of the pejorative "propagandist". To claim that a philosopher who is militantly committed to a particular political line is a propagandist obscures the fact that every philosopher is a propagandist, only that many philosophers obscure their political commitments by pretending objectivity. It's a bit like authors of fiction pretending that they are agnostic, that their work is apolitical, when in fact they are simply reproducing a bland liberal conception of reality. Those who imagine they are outside of political concerns, that they do not write from a particular class position, tend to reproduce "common sense" ideology. The political decision is unconscious, maybe, but why is it that surprising that every "political philosopher" who pretends to begin from a pure archimedian point reproduces a bland liberalism that, at best, is a justification for welfare capitalism? Every single philosopher is a propagandist of some sort, but it is only those philosophers who are committed to militant anti-capitalist projects, and who justify this commitment, who are given this name. 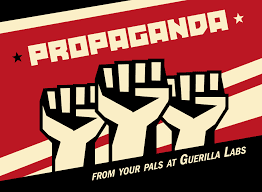 Against the dishonest claims that political philosophy cannot be propagandistic I am happy to declare that, yes, I am a propagandist. I possess a militant commitment to a particular political line and, instead of pretending otherwise and being absorbed in meaningless liberalism, understand my philosophical practice as part of this commitment.

Anyone producing work on political philosophy, or any philosophy for that matter, who imagines that they are not political propagandists are involved in a massive self-deception. Like those members of my department, either graduate students or contract faculty, who, during labour disruptions, withdrew from participating on picket lines because they were under the impression that their abstract understanding of logic placed them outside of class struggle. These would-be "philosophers" ended up buttressing management, reinforced anti-union discourse, but pretended that they were simply autonomous BECAUSE LOGIC. Meanwhile their material well-being was improved by those sacrificing their time on the picket lines, and they reaped the benefit from the actions of those they classified as naively political while imagining they were outside the fray.

At the very least I'm conscious of my commitments and, because of being conscious, I demand that philosophy be placed in service to a political sequence. To pretend otherwise is to be a bourgeois or petty-bourgeois philosopher. We are all compromised so let's at least be honest about what this compromise means: either your intellectual production is in service to a movement that seeks to end this pitiless state of affairs or you are part of the edifice that is invested in keeping it propped up. Either way you are a propagandist, irregardless if you think this term only applies to those who threaten business as usual… And it is telling that only those who are committed to challenging this business as usual get called "propagandists".

So, yes, I'm more than happy to accept the pejorative of being a propagandist because, at the very least, I'm honest about my work to date. Would that others, who like to pretend they are outside of class struggle, would adopt the same honesty.