November 01, 2016
As some of my long time readers might recall, two years ago I reviewed the Gabriel Kuhn edited book Turning Money Into Rebellion about the so-called "Blekingegade Group". One of the main actors in this Group was Torkil Lauesen and now his more recent book, The Global Perspective, is up for translation and publication with Kersplebedeb. Whatever one might think about the political perspective of Lauesen and is comrades it is necessary to recognize that they were consummate anti-imperialists who were trying to find creative ways to manifest revolutionary internationalism. Moreover, they were also political prisoners because they were punished for their internationalism. The fact that Lauesen remains a consummate anti-imperialist after his incarceration, and has written a book that reflects his perspective, is worthy of investigation. 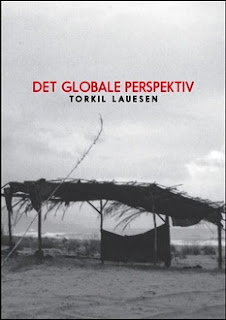 But since a decent translation costs and Kersplebedeb is a small press, it will be rather difficult to get Lauesen's book translated into English without paying these costs. With this in mind, Kersplebedeb has launched a crowdfunding campaign in the hope that those who want to read Lauesen's book in English would be willing to contribute to make it happen. So if you have any extra cash sitting around then please support the IGG campaign.