Identity Politics = Gulags! So what?

December 31, 2015
Am I the only one who finds it strange that those who promote a culture of "calling out", a problematization of every cultural production as being "problematic" because it does not demonstrate x political concern, and campaigns to "check the privilege" of others within the same left milieu, are the very same people who are by-and-large opposed to the history of actually existing socialism and the "totalitarianisms" of the Russian and Chinese Revolutions?  After all, if you're going to problematize the practice and ideas of people––that is, claim that they aren't politically up to par and demand that they rectify their understanding of things––then, if your politics is ever operationalized, you can't just assume that things will be rectified spontaneously.  Indeed, you're demanding that people be forced to recognize that they are wrong, that their understanding of reality is oppressive; you're already, in some manner, forcing them to check their privilege.  In a concrete political sense this would require (as long as you're willing to admit, as you should, that people won't change their problematical view of things just because of a good twitter slam) some mechanism of discipline.  And yet, at the same time, those committed to this identity politics approach tend to categorize the experience of 20th Century actually existing socialism as "totalitarian" because of its recourse to disciplinary society!  Hence: on the one hand, theoretically attacking erroneous positions is celebrated; on the other hand, practically implementing mechanisms to suppress or correct these positions is alarmingly oppressive.  But should not the oppressors be oppressed just as the expropriators should be expropriated? 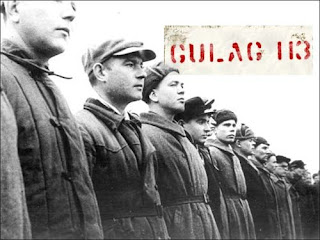 In some ways we can understand the historically encountered problems of 20th century actually existing socialism ("problems" because the failure of these events mean that there were elements that were not resolved) as attempts to resolve those oppressive elements of society that did not easily disappear in the event of a revolution.  When you have a whole bunch of people who do not think according to socialist categories––some of whom might even be committed to anti-socialist ideology––what do you do with them?  Moreover, where does this categorization of crime against the people stop?  Once you start thinking about "ideological contamination" you might endorse a certain type of paranoia where you over-classify everything, where you establish bureaus that are obsessed with investigating the tiniest of deviations.  This was what actually happened, and I would argue it was historically unavoidable: for the first time these revolutionary societies came into being and, because they came into being, they were forced to deal with the antithesis of counter-revolution––of dealing with all of the oppressive shit that enforced counter-revolution, all of the ways of being they wanted to eliminate from human interaction. [And to clear, despite some obviously rhetorical posts, I am not "for" gulags.]

The milieu of identity politics, though, does this every day on an extremely micro level, judging so many political expressions as "deviationist" (without using this word), and so what makes them any different from the very disciplinary politics they abhor––only the fact that this politics didn't have the same understanding of identity that they possess?  Okay… but what then?  In practice it might end up being the very thing you claim you oppose: a revolutionary order based on clear political principles will suppress dissent so as to reproduce itself.  You want to say this book, this movie, this cultural expression is problematic and should not exist, then you have to think about how this non-existence would come about in reality: not by arguments on social media (as we should all know by now), not by anti-oppression training within a liberal context, and not all by itself like the Big Bang.  At this point, if you're critiquing the impurity of almost every cultural product (down with Jessica Jones, down with Star Wars, down with everything that is not politically pure!), then you should accept the fact that you would really love to live in a society where these impurities are literally suppressed. Which means the very totalizing society you oppose: the Soviets and the Chinese also wanted to establish a counter-hegemony and critique the oppressive nature of the culture to which they were opposed.  In substance, there is very little difference between shaming people with privilege to remain silent and using political power (or revolutionary processes of shaming) to shut them up––the latter is simply more effective.  But if you really want to prevent oppressive assholes from airing their asinine privileged opinions about reality––and this, if we are to be honest, is the aim of anti-oppression politics––then the political institution of such prevention would indeed run dangerously close to gulags, censorship, reeducation.

Inversely, there is a sub-set of internet marxists who over-valorize the disciplinary mechanisms of actually existing 20th century socialism while, at the same time, being completely opposed to identity politics.  According to this group of people, most critiques of sexism, racism, homophobia, ableism, and etc. are an "identity politics" that should be mocked… But at the same time they defend Stalin's gulags and Brezhnev's social imperialism.  The joke, here, is that most of these people would probably be the very same people who would be targeted by the disciplinary mechanisms of a 21st century communist movement… This is because every 21st century communist movement worth its salt––that does not exist in their fevered imaginations, that is not an old revisionist party acting as if it is the early 20th century––tends to categorize the behaviour of these people as behaviour that requires rectification.  Thus we have a strange double-identity: on the one hand those beholden to identity politics must accept a state of affairs that represents the disciplinary society they abhor; on the other hand those beholden to this disciplinary society must accept a state of affairs that abhors their anti-social ideas.

As I've stated before, I'm not opposed to the theoretical constellation raised by identity politics; I'm just opposed to the fact that most of what is categorized as "identity politics" lacks a substantial foundation.  Despite the confusion of some commentators (possibly dishonest, possibly due to a failure to read) regarding at least one of my previous entries on this topic, my position was always clear: it is not the concerns of this approach that are in question, but its failure to respond to these concerns.  And elsewhere, long before some internet leftists cribbed from me second- and third-hand (but without recognizing the political importance of the rise of identity politics), I noted that the worst kind of identity politics (the working class as essentially "white and male") operated at the heart of orthodox [first world] marxism.  So following from this… what?  Only the fact that the "orthodox" M-Ls aren't as distinct from the identity politics activists as they might think.  I've always felt that Maoism was the only way to bridge this divide because of its possible heterodoxy––but just as long as it is more than an identity politics with marxist characteristics and and orthodox M-Lism with post-modern characteristics.