June 22, 2015
My recent participation in an event about how anarchists and maoists can work together––in Hamilton, in the really neat anarchist Tower collective space––has caused me to think of Nietzsche in a non-Nietzschean manner.  As many of my normal readers will be aware, I have particular problems with Nietzsche and a very low tolerance for those (usually philosophy undergraduates or self-proclaimed "intellectuals") who think that Nietzsche is the colloquial "cat's pyjamas."  Because I supposedly have a degree in a discipline that gives me some sort of "authorative" right to speak of Nietzsche––because I, you know, teach him from time to time in a post-secondary setting with the requisite degrees––I do like telling his fans to screw off with dismissive posts about what I generally argue is his reactionary politics.  Even still, due to recent events and hours of reading time, I found myself thinking through some of Nietzsche's categories in a somewhat productive manner.

In the course of the event at the Tower I found myself, along with some comrades who attended the talk, confronted with an unexpected ideological claim that is apparently popular amongst some anarchists: nihilism.  Taking its cue from Baeden, a journal of queer criticism, as well as some book called Nihilist Communism, the argument was that it was wrong to think towards a revolutionary future, because this was not radical, and instead think within a present moment of prefiguration.  Future orientation was classified as supposedly capitalist; present reflection and prefigurative living was treated as radical.  What a bloody strange inversion of reality itself.  As several of my comrades attending the event argued, this was tantamount to an acceptance of the end of history narrative of capitalism––praxis enforced by the limits imposed by capitalism, limits that do not want anyone thinking outside the box they draw.  [To be fair to the person who brought up this argument, it was only put forward due to its popularity, not because anyone present was completely committed to this nihilist position.]

Now, having spent hours upon hours reading the source material of this nihilist claim, I'm even more unimpressed… And a little bothered by the fact that I wasted my time with this shit.  (Well maybe not a complete waste: I plan to write something more substantial about this in the future, connecting it to what I'm beginning to think of as the inverted shadow of the movementism I critiqued in The Communist Necessity.)  These supposedly radical interventions seem to be generated by a powerlessness, by a refusal to think beyond the limits of the state of affairs, and to pretend that this powerlessness is radical.

Which brings me back to Nietzsche: it's just a modern articulation of ressentiment.

In the Nietzschean narrative ressentiment operates according to an elitist logic: it is the self-hatred of the collective mired in slave morality, the paradigm example of which is Christianity (or, depending on what Nietzche we're reading, the Socratic turn in philosophy), where a herd mentality of caring for the other is encouraged at the expense of individual self-actualization.  We find its accomplishment in monotheism, and its residue in nihilism.  The recognition that "God is dead" does not immediately result in the overstepping of ressentiment but, in some respects feeds into this ressentiment: the first response is to embrace nihilism, thus accepting that all meaning is lost with this death of God, which in some ways is an accomplishment of ressentiment.  If meaning can only exist within the dominant signifier of God, then once this signifier is rendered meaningless there is a tendency to embrace this meaningless––nihilism––in the absence of any capability of think of a meaning beyond its absence.  This is self-hatred, the continuation and reification of ressentiment, because it refuses to think beyond the limits imposed by the dominant signifier of God.  It is trapped within the loss of this signifier: if all meaning was in God, then there must be a complete absence of meaning the moment God is recognized as dead. It is self-hatred because it cannot think of a meaningful self persisting beyond the death of God.  Which is why Nietzsche felt that nihilism was a malaise resulting from the death of God that needed to be superseded by a reestablishment of future value. 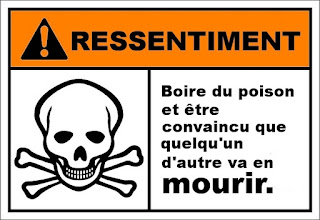 But let us think beyond Nietzsche's view of things and translate God to Capitalism.  Transform the signifiers, here, and ressentiment means something different.  Capitalism is dead but we refuse to recognize it is dead; it persists as a rotting corpse.  Dead because, with this crisis, we know it lacks any right to dictate meaning.  A rotting corpse that persists as a shadow for years because it still, like Nietzsche's God, lays claim to the limits of reality.  And thus all of this modern "nihilist" anti-capitalism radicalism can be understood as ressentiment within these limits: a recognition of the death of the meaning of the dominant signifier of capitalism but a simultaneous embrace of its limits, a refusal to recognize that value can be found outside of the limits it imposes.  A powerlessness of present time, but an empty time because there is no spiral of transformation, only a circular repetition where the limits of meaningless capitalism are reinscribed.

This kind of thinking is not new, nor is the attempt to claim it is the newest and most radical option. The "drop out" mentality that characterized the post New Left movement that did not go the direction of the anti-revisionist New Communist Movement is definitely a precursor, particularly because it did try to characterize itself as radical as well.  We can find similar "hippy" tropes in today's activist ressentiment, such as an over obsession with free love and "jouissance"… which are just symptoms, when you really think about it, of an inward turned self-obssession, a refusal to think the future, and thus ressentiment.

(Confession: I remember thinking, back in my [very young] anarchist days, that it would be cooler to call oneself a "social nihilist" because to think of a future society beyond capitalism was where everything always went wrong, i.e. the Russian Revolution.  No joke.  I even wrote a tiny want-to-be "manifesto" zine about "social nihilism" that, thank all the gods, went nowhere.  It was called "State of the Sewer"––cool name [I should use it again some time!], but not cool content.  I seriously hope a copy isn't kicking around out there, somewhere, to come back and bite me on the metaphorical ass.)

Nihilism, for Nietzsche, was an understandable response to a godless world but, as ressentiment accomplished, was a non-position because it accepted that there could only be the meaning prescribed by the decaying religious system of values.  With that system of values rendered meaningless, the nihilist assumes that everything is meaningless.  If we think of this outside of Nietzsche's idealist categories we find the same thing emerging in this period of capitalist crisis, in this minoritarian trends of petty bourgeois semi-academic theory: a belief that to think beyond the limits of the meaning imposed by capitalism is impossible, and thus a radical acceptance of "the end of history" narrative––precisely what capitalist common sense wants people to accept in the first place.  That you cannot do anything, that there can be no meaning beyond the reality prescribed by capitalism, and that to think of a future outside of this box is utopian.

Although movementist theories are, as a whole, "utopian" in the sense critiqued by Marx and Engels (as I argued in TCN), this nihilist "ur-movementism" thinks that any attempt to think revolution is immediately utopian––yet another belief it shares with ruling class ideology.  So instead we have a dystopian style of thought is as distorted as utopianism in that it cannot fully conceptualize the concrete.  The fact that these theories actually call themselves nihilist is interesting insofar as it is an honest title.

In any case, as I plan to write something longer about this trend (and connect it to what I see as a connected minoritarian trend in radical theory, contemporary "left accelerationism"), I won't say much more here.  There are things I find interesting about it, particularly how it is an expression of what one comrade called "late capitalist despair", but I'll save those thoughts for a later and longer intervention.  Until then, let's keep thinking (and acting upon this thinking) a world beyond the limits of capitalism.