November 20, 2013
Due to some of the confusion my previous two posts on "Stalinism" caused for some, I think it is worthwhile to begin this concluding post by providing some conceptual clarity.  Moreover, I want to note that this small series is not intended to be a thorough examination of the phenomenon but, rather, was initially meant to be a general summary of how I believe Maoists in particular should think about approaching that thing which people call "Stalinism", as well as the question of Stalin, and how our approach will not necessarily be the same as other marxist (or anarchist, for that matter) tendencies.

That being said, what needs to be made clear is that this phenomenon that we can short-hand as "Stalinism" is indeed a phenomenon that is discussed and defined by other traditions; it is this existing definition, this spectre of party monolithism, authoritarianism, over-bureaucratization, or what-have-you, that motivated this small series.  Thus, I began by choosing the most general definition of the phenomenon called Stalinism that those tendencies that use this term would most probably accept as a basis for their own conceptualizations.  After all, since it is generally Trotskyists and anarchists who have created and perpetuated "Stalinism" as a concept, I was adopting the popular name of a more significant phenomenon and locating a root definition that, beyond further conceptualization, Maoists should also accept as a problem.

Where the Maoist analysis of Stalinism should defer from other analyses, though sharing a root definition, is in the conceptual meaning given to this definition: a) it is not a significant body of theory that really counts as an ism but rather a phenomenon; b) it is not reducible to either the figure of Stalin or some vague theory of bureaucratization; c) it is a phenomenon that logically emerges from the first historical attempt to build socialism and that, due to the historical circumstances, is in some sense the completion of Marxism-Leninism.

The last point is important, and one that could possibly make Maoists resemble anarchists and/or autonomists if it is taken out of context.  For in some sense the anarchists/autonomists, who argue that Stalinism was just the logical result of the Leninist theory of organization, are saying something that is quite correct: Stalinism is an orthodox application of Marxism-Leninism to the problem of building and sustaining socialism.  Thus, viewed at a certain angle, Stalinism is just the logical accomplishment of Leninism and haunts the limits of that theoretical terrain.  Countless anarchist screeds have established that Stalin was a consummate Leninist; those marxists who equate Stalin with evil (and thus produce a critique of Stalin/Stalinism from the right), but wish to hang on to Leninism, do not do themselves any favours by denying all of these arguments––there is a point, as with arguments about "true communism", where such denials become sophistry.

Viewed from another angle, however, it is senseless to treat Leninism as a failure due to the supposed shibboleth of Stalin/Stalinism.  First of all, the theoretical concepts of Leninism are still universally applicable based on what they were meant to accomplish (class revolution, seizing the state, establishing the dictatorship of the proletariat, internationalism and anti-imperialist struggles, etc.) but, as I've noted in too many past posts to properly link, the success of Leninism was limited since new problems are always encountered in the course of struggle––problems that cannot always be answered.  Secondly, as I indicated in the first post of this series, I don't think it is very useful, historically or theoretically, to reduce the phenomenon of Stalinism to some unqualified evil that can be called "authoritarianism", "vanguardism", or some other such abstract nonsense; this phenomenon is not an "evil" but, rather, one possible condition of socialist failure.

And yet, and here is the reason why I embarked on this series in the first place, there is a history within the Maoist tradition, operational before the theoretical definition of Marxism-Leninism-Maoism emerged in the late 1980s, of ignoring this phenomenon.  At best, the anti-revisionist "maoist" tradition treated Stalin/Stalinism according to the formulaic equation of "30 % bad and 70% good" (which tells us nothing about something that could have indeed been a significant problem of Leninism-qua-Leninism) and, due to its over-determining concern of rejecting CPSU's revisionism that was often premised on a rejection of Stalin/Stalinism, often uncritically upholding the legacy of the Soviet Union under Stalin.  While such a tactic might have been necessary at a conjuncture when the New Communist movement was rejecting the petty-bourgeois aspects of the general "New Left" while, at the same time, attacking the revisionism of the Soviet Union under Khrushchev, we are now long past that point.  Moreover, as indicated in the previous post, in its unrelenting pursuit of anti-revisionism and the eradication of all ideologies that resembled the Khrushchevite betrayal, the anti-revisionist ML movement often unconsciously and uncritically adopted aspects of the problem that led to the CPSU's revisionism––the party monolithism that we can call the Stalinist phenomenon.  Hence the reason why I quoted, in the last part of this series, the WCP's assessment of its collapse.  We can cite other analyses, such as Tom Clark's State and Counter-Revolution that were pointing out similar problems that, though reducible to a "Stalinism" because they were aspects that emerged during Stalin's tenure as chairperson of the Soviet Union, were possibly due to broader problems with the simply Leninist concept of the revolutionary party.

So, above all, this series has been about drawing a distinction between the way in which Stalinism is fully conceptualized in other traditions while, at the same time, arguing that Maoism needs to make sense of this phenomenon, as it sometimes does but not always thoroughly, rather than just dismiss it altogether because of potential problems with its naming.  After all, there tends to be a knee-jerk reaction amongst those who come from an anti-revisionist Marxist-Leninist tradition, even if it now bears a third theoretical designation, to adopting any critique that resembles the revisionist complaints of Stalin/Stalinism that were a hallmark of the CPSU under Khrushchev.  For some, simply hearing the word "Stalinism" is a reminder of every collaboration with cold war propaganda, every rejection of revolution, and every dismissal of armed movements on the periphery that chose to uphold Stalin's legacy in the face of anti-communist ideology and a collaboration with the capitalist status quo.

Still, there is a reason why the Maoist movement has chosen as its facialized signifier the three-headed Marx-Lenin-Mao rather than the five-headed Marx-Engels-Lenin-Stalin-Mao.  The latter symbol was indeed the symbol of the anti-revisionist movement that declined in the early 1980s that went by the rubric of Mao Zedong Thought; you can find it in the first pages of nearly every party programme that aligned itself with the Chinese Revolution.  And the distinction between these two symbols does signify something important: an adoption of one theory over another; the belief that the science of revolution is crystallized by the theory that happened to be produced primarily by Marx, Lenin, and Mao; Stalin's deletion from this symbolic order is not because Maoists as a whole think that Stalin was a demonic figure, or that Stalin was ruining the Russian Revolution with his "excesses", but that there is nothing universally applicable for making revolution that can be called "Stalinism".  And yet, despite the lack of a universally applicable theory called "Stalinism" there might in fact be some universal aspects of organizing and making revolution that can be learned in the subtraction of this phenomenon. 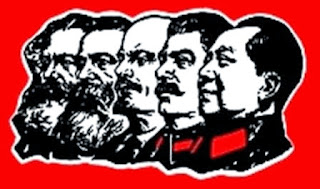 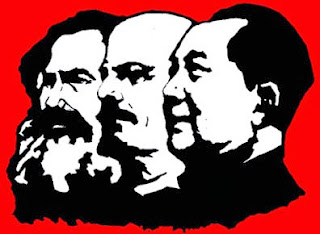 Since I have written on what makes Maoism a moment of continuity-rupture following Leninism before (and too many times to figure out how to back-link coherently), as well as the general theory that may indeed lead to the theory of a party of a new type, the point of this series was not to explain how Maoism correctly apprehends and oversteps "Stalinism" but simply to provide a some highlights as to why Maoists should be critical of the Stalinist phenomenon but in a way that is different from other tendencies that use this term, though sharing something similar in the definition.

The important question thus becomes: is it possible to reject the phenomenon we can historically call Stalinism without endorsing a rightist rejection of the CPSU under Stalin or even settling for a formulaic "30% bad and 70% good" judgment?  Such a rejection should lead us to an understanding of the limits of the Leninist terrain and teach us something about the meaning of historical rupture that is still a moment of continuity.  For there are those tendencies that reject Stalinism while also rejecting Leninism, there are those tendencies that reject Stalinism by treating it as a perversion of Leninism, and there are those tendencies who would judge the completion of Marxism-Leninism in the phenomenon of Stalinism as a perfection of theory; Maoism is capable, perhaps, of something more significant.