May 21, 2011
[Even though it is not yet midnight, I am posting this now in order to prove that, simply by the use of rational thinking, I am a better "prophet" than idiots like Harold Camping.]

Well the rapture didn't happen as Harold Camping, reactionary dispensationalist astrologer, was proclaiming.  Not that this will matter too much to Camping or his followers: like any cunning Delphic Oracle, his mystic pronouncements contained an escape plan––God being "tenderhearted and full of mercy" could possibly, according to Camping, choose to delay his doomsday.  Just as he did in 1988 and in 1994, the other two apocalypse dates Camping once championed.  And since Camping's delusions were proved wrong in the past, the failure of the Rapture to materialize on May 21st 2011 will just be another date to be worked into a more elaborate con, perhaps in another decade. 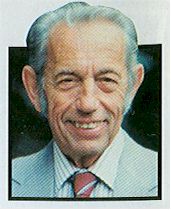 Harold Camping: soothsayer who was hopefully taken up to heaven yesterday, sometime around 9 pm EST, when he claimed "the rapture" would happen. [At this moment, Camping is MIA, so maybe he was raptured!]


The fascination with an astrological road map of the Biblical end times is an important facet of North American culture.  Camping and his ilk are the Christian evangelical equivalent of psychic hotlines and palm-readers, snake-oil soothsayers using eschatological calculations to solidify a following amongst people who are desperate for hope.  The promise that God will come to judge the earth fulfills both the desires of self-righteous reactionaries who believe that change is sinful, and the working poor or jobless who are taught that nothing can change on earth and so seek a better life in heaven.  The Campings of the world, like all psychic parasites, thrive on these sentiments.

Just look at the popularity of the Left Behind series (co-authored by Tim LaHaye, John Birch Society anti-communist), slickly packaged novels of apocalyptic action that provide a road-map of armageddon.  These books are the new scriptures of North American Christendom, the authors claiming that they are God's own truth and not simply fiction.  The armageddon is coming and Kirk Cameron will be our hero in those desperate times.  To Left Behind we can add the new age obsession with 2012 (would that Camping had recalculated a single year to align himself with the 2012ers). 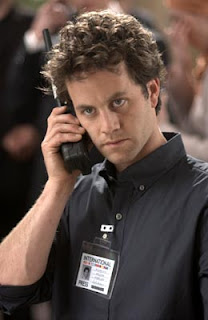 Kirk Cameron will be our hero in the end times that supposedly began yesterday.

But just why do these astrological pronouncements and doctrines thrive, especially when they are consistently disproven and even serious theologians find them dubious?  It's probably because the armageddon is already here and has been here for a long time: it's called capitalism and it is already responsible for billions upon billions of deaths along with the devastation of the planet.